What is the NMC Bill? The National Medical Commission Bill (NMC), 2017 aims at constituting a Commission to be known as the NMC conferred with the status of a corporate personality, having a perpetual succession and a seal, with its headquarter in Delhi. The Healthcare sector in India is facing the insurmountable bi-fold challenge of lack of sufficient… Read More » 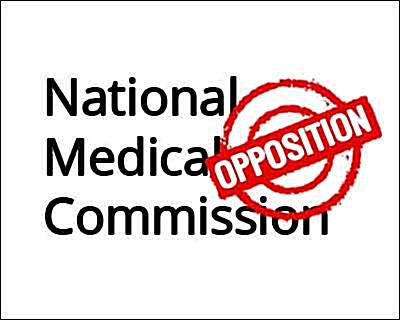 What is the NMC Bill?

The National Medical Commission Bill (NMC), 2017 aims at constituting a Commission to be known as the NMC conferred with the status of a corporate personality, having a perpetual succession and a seal, with its headquarter in Delhi. The Healthcare sector in India is facing the insurmountable bi-fold challenge of lack of sufficient medical professionals with the requirements and the increase in growth of diseases. It has got embroiled in a spree of controversies over the last few decades due to the entrenched structure of the Medical Council of India as the regulatory body paving way for more corruption and evil practices.

The failure of the appropriate government in monitoring the regulatory body has added to the situation. There’s been a blatant misbehaving by the MCI motivated by its non-transparent, authoritative and self-centric regime deteriorating this very sector and for the NMC Bill was proposed for weeding out the MCI and install the NMC as a replacement to be at the helm of affairs, which shall presumably make up the deficiencies and remove the bottlenecks.

What has fuelled protest?

The NMC Bill has faced severe criticism from the medical fraternity in India culminating into a protest by thousands of doctors across the country, and the bill eventually was sent for reconsideration to the Standing Committee. This bill makes the healthcare sector accountable to such an authority bereft of the adequate representation of doctors therein capable of making balanced decisions since they’re the stakeholders in the first place. The democratic process followed for appointment of the members constituting the MCI has been done away with the Search cum Selection Committee under the supervision of the Central Government. This is in total contrast to the procedure existed for MCI where an individual doctor from any part of the country could cast his vote for such election of members.

Another disconcerting aspect of the bill is conferring a mere ‘advisory role to the Medical Advisory Council (MAC) as given under Section 12 of the bill as follows, ‘(2) The Council shall advise the Commission on measures to determine and maintain, and to coordinate maintenance of, the minimum standards in all matters relating to medical education, training and research.’ and ‘(3) The Council shall advise the Commission on measures to enhance equitable access to medical education.’ Now, this means that the advice and opinion of the council are likely to be prejudicial and inclined towards the interests of the NMC. The suggestions of the advisory council lack the legal enforcement or binding force, and hence the MAC will be reduced to a body as a puppet in the hands of the NMC. The composition of the MAC as proposed is to include doctors representing the states/UTs is straight against fair representation because the bill conditions such member to be ‘either a VC of a health university or a person not below the rank of a professor from amongst the faculty of a medical institution with the state.’ This overshadows the legions of medical practitioners not serving in administration or academic capacities.

The NMC Bill reinforces the importance of NEET which stands for National Eligibility cum Entrance Test for achieving uniformity in the quality of medical education in India. But what is striking is enabling the medical institutions to increase the number of seat suo-moto without getting a review of such alterations from the regulatory authority which would possibly give an impetus to corruption and mismanagement. Relaxation has been granted to the medical institutions in case of non-compliance of the established standards and criteria and the no immediate action would be taken against them unless a period of 3 years has elapsed of such non-compliance. The bill is also silent over the government quota in private colleges which are by default inclined towards profit making and medical colleges being no exception.

The ‘Bridge Course’ is being proposed which shall allow a non-MBBS doctor to practice allopathy after undertaking a short-term course under the pretext of acute shortage of doctors in India against the requirements which is bound to summon irreparable repercussions. As per the data published in ‘the Indian Express’ on 21st July 2017, India has less than one doctor for 1000 population which is not at par with the World Health Organization standards. Assuming 80% availability, it is estimated that around 8.18 lakhs doctors may actually be available for the active service. It gives a doctor-population ratio of 0.62: 1000 as per current population estimated to be of around 1.33 billion. Integrating Homeopathic and another alternative medical study with allopathy is likely to degrade the quality if Medical services even further.

The centuries-old Homeopathic medicine will lose its long-standing charm which is both effective and cheaper in monetary value. Section 15(1) of the bill reads as follows: ‘The Commission shall conduct a uniform National Licentiate Examination for students graduating from the Medical institutions which are governed by the provisions of act bill for granting license to practise medicine as medical practitioners and for enrolment in the State Register or the National Register, as the case may be.’ This is a mandatory test to be taken by the graduates although it cannot seemingly assess the clinical capabilities of the students.

After studying MBBS for 5 long strenuous years with proper exposure to the practicalities of treating patients and undertaking anatomy classes, they shall have to prove their worth through the NEET for obtaining a license for practice. This might be for integrating India’s healthcare sector with that of the world and eventually motivating foreign medical students to practice or pursue PG. This will ultimately toughen the competition when the Indian medical graduates will have to compete globally and the students from a weak financial background will be at the receiving end, whereas the economically sound could opt for coaching classes and easily ace the NLE.

However, amidst such tension and chaos, a few recommendations of the Parliamentary Committee with regard to the bill about a week ago have let the medical fraternity take a breath of relief. The Committee has stated that the implementation of the Bridge Course should be left to the discretion of the state. For the Licentiate test, the panel has suggested the final year MBBS examination be made the basis for issuance of such license. Another suggestion from the panel challenging the autonomy of the private colleges over their fee structure is through increasing the ceiling of the government’s regulation up to 50% in such colleges.

The inclusion of NITI Aayog in the Search Committee for the appointment of Chairperson and Members of the Commission will render it a higher hand and hence, its presence is greatly feared. Lastly, the Committee has pointed out the inadequate representation in the NMC from the states and has suggested there should be 29 members of the Commission, while 9 of them should be elected representatives of the medical fraternity and 10 nominated by the states.

3. Women Menstrual Hygiene and the Concept of Pink Toilet – by Ritanshi Jain