OWNERSHIP Salmond on Ownership Ownership denotes the relationship between a person and an object forming the subject-matter of his ownership. It consists in a complex of rights, all of which are rights in rem, being good against the entire world and not merely against specific persons. Incidence of Ownership The owner has the right to possess things that… Read More » 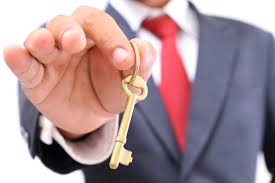 OWNERSHIP Salmond on Ownership Ownership denotes the relationship between a person and an object forming the subject-matter of his ownership. It consists in a complex of rights, all of which are rights in rem, being good against the entire world and not merely against specific persons. Incidence of Ownership The owner has the right to possess things that he owns. The owner normally has a right to use or enjoy the thing owned, the right to manage it, the right to decide how it shall be used...

Ownership denotes the relationship between a person and an object forming the subject-matter of his ownership. It consists in a complex of rights, all of which are rights in rem, being good against the entire world and not merely against specific persons.

Ownership or Property may be described accurately enough, in the following manner: ‘the right to use or deal with some given subject, in a manner, or to an extent, which, though is not unlimited, is indefinite’.

Now in this description it is necessarily implied, that the law will protect or relieve the owner against every disturbance of his right on the part of any other person. Changing the expression, all other persons are bound to forbear from acts which would prevent or hinder the enjoyment or exercise of the right.

Austin further said that “Ownership or Property, is, therefore, a species of Jus in rem. For ownership is a right residing in a person, over or to a person or thing, and availing against other persons universally or generally. It is a right implying and exclusively resting upon obligations which are at once universal and negative”.

After referring to the views of Salmond and other Jurists, Dias came to the conclusion that a person is owner of a thing when his interest will outlast the interests of other persons in the same thing. This is substantially the conclusion reached by many modern writers, who have variously described ownership as the ‘residuary’, the ‘ultimate’, or ‘the most enduring interest’.

According to Dias, an owner may be divested of his claims, etc., to such an extent that he may be left with no immediate practical benefit. He remains owner nonetheless. This is because his interest in the thing, which is ownership, will outlast that of other persons, or if he is not presently exercising any of his claims, etc., these will revive as soon as those vested in other persons have come to an end.

In the case of land and chattels, if the owner is not in possession, ownership amounts to a better right to obtain the possession than that of the defendant. It is ‘better’ in that it lasts longer. It is apparent that the above view of Dias substantially agrees with that of Salmond. According to Dias it is the outlasting interest and according to Salmond, ownership has the characteristic of being indeterminate in duration and residuary in nature

Salmond said that in the whole of legal theory there is no conception more difficult than that of possession. The legal consequences which flow from the acquisition and loss of possession are many and serious. Possession, for example, is evidence of ownership; the possessor of a thing is presumed to be the owner of it, and may put all other claimants to proof of their title. The transfer of possession is one of the chief methods of transferring ownership.

Salmond also said that possession is of such efficacy that a possessor may in many cases confer a good title on another, even though he has none himself.

What, then, is the exact nature of that continuing de facto relation between a person and a thing, which is known as possession?

According to Salmond, the possession of a material object is the continuing exercise of a claim to the exclusive use of it.

It involves two distinct elements, one of which is mental or subjective, the other physical or objective.

The Romans called the mental element as animus and the subject element as corpus. The mental or subjective element is also called as animus possidendi, animus sibi habendi, or animus domini.

The Animus Possidendi – The intent necessary to constitute possession is the intent to appropriate to oneself the exclusive use of the thing possessed. It is an exclusive claim to a material object. Salmond made following observations in this regard.

The Corpus Possessionis – The claim of the possessor must be effectively realized in the facts; that is to say, it must be actually and continuously exercised. The corpus possessionis consists in nothing more than the continuing exclusion of alien interference, coupled with ability to use the thing oneself at will. Actual use of it is not essential.

The possession held by one man through another may be termed mediate, while that which is acquired or retained directly or personally may be distinguished as immediate or direct.

There are three kinds of Mediate Possession:

Hence, Possession in its full compass and generic application means the continuing exercise of any claim or right.

Paton said that even though Possession is a concept of law still it lacks a uniform approach by the jurists. Some jurists make a distinction between legal and lawful possession. Possession of a thief is legal, but not lawful. In some cases, where possession in the popular sense is meant, it is easy to use some such term as physical control. Possession is also regarded as prima facie evidence of Ownership.

According to Paton, for English law there is no need to talk of mediate and immediate possession. The Bailee and the tenant clearly have full possession: Salmond’s analysis may he necessary for some other systems of law, but it is not needed in English law.

Savigny with other German thinkers (including Kant and Hegel) argued that possession, in the eyes of the law, requires that the person claiming possession intend to hold the property in question as an owner rather than recognize the superior title of another person, so that in providing possessory remedies to lessees, Bailees, and others who lack such intentions, modem law sacrifices principle to convenience.

To this Holmes responded that he “cannot see what is left of a principle which avows itself inconsistent with convenience and the actual course of legislation. The first call of a theory of law is that it should fit the facts. It must explain the observed course of legislation. And as it is pretty certain that men will make laws which seem to them convenient without troubling themselves very much what principles are encountered by their legislation, a principle which defies convenience is likely to wait some time before it finds itself permanently realized.”

Holmes also criticised Savigny and other German theorists by saying that “they have known no other system than the Roman”. In his works, Holmes proved that the Anglo-American Law of Possession derived not from Roman law, but rather from pre-Roman German law.

One of Holmes’s criticisms of the German theorists, signally including Savigny, is that they “have known no other system than the Roman, ‘ .6 and he sets out to prove that the Anglo-American law of possession derives not from Roman law, but rather from pre- Roman German law.