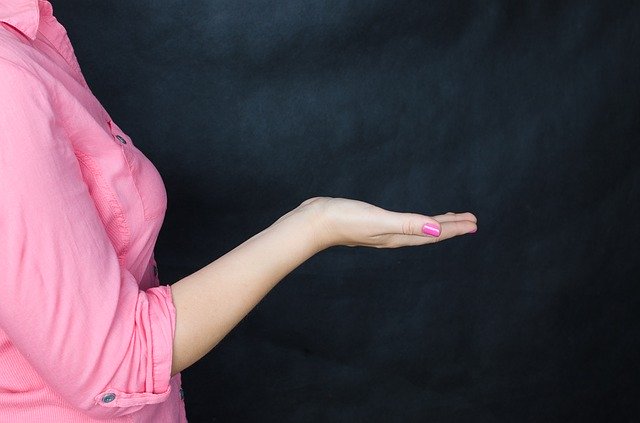 The ideology of Pink Nationalism is a step towards unifying the nation with divided platforms and a huge gender gap.

It’s been over and above 70 years since India got its independence and the triumphs of women are yet to be laurelled. The participation of women in the nationalist movements is not a surprise factor and there has been considerable impact by them in the nation-building process. Be it the freedom struggle or the framing of the Constitution women have had their presence though not as colossal as men. It took years to acknowledge the work of women and appreciate their dedication and commitment towards the nation.

The role of women in the main front though is perceived to be minimal there is salutation for responsibilities of women in the household, to be a supportive partner, mother etc. Emphasis was much laid over the femininity and motherhood which portrayed masculine domination in the external front[2]. Gandhi stressed the participation of women in the public sphere and had a fixated mind over ‘women of the street‘ and ‘women on the street’. During the Civil Disobedience Movement women, prostitutes were not allowed to take part in the movement along with other women as they were ‘unfit’[3].

The Constitutional Assembly also witnessed few women whose contributions are unforgettable like Hansa Jivraj Mehta who was a member of sub-committee on Fundamental Rights and advocated Uniform civil code, economic social and political justice for women[4]. It is of great pride to mention that it was Hansa Raj Mehta who presented the national flag at the Constituent Assembly on 14th August 1947[5]. While presenting the flag in the assembly Mrs Mehta does so by stating it be a ‘symbol of our freedom’ and offer service to the nation. She as well pledges to maintain freedom and build India as a nation. It is fruitful to note that the flag presentation committee constituted majorly women. Amrit Kaur, Ammu Swaminathan who also have had major roles in sub-committees under minority rights and fundamental rights.

Nationalism in the traditional perspective means the allegiance towards one’s nation and protecting the interest of the same. In other words, it can also be expressed as a sagacity of one in standing by the collective decision of the nation. It is also seen as a socialist movement by the nationalist to enhance their status[6] who were suppressed by the opposition or by the societal structure. The modern-day theorists believe that the new nationalism is due to the transition from traditional to modern society[7].

Women in India have faced tremendous discrimination against men. The constitutional framers had to specifically imbibe provisions propagating gender equality[8]. There hasn’t been anyone theory which focuses on nationalism from the women perspective. The usage of ‘feminist approach’ has intentionally not been made use of since the feminist mainly is a critique of ‘nationalism’[9] with a view that it has a patriarchal touch. As well, the understanding of ‘feminism’ is so flawed and maturity is a prerequisite to calling oneself a feminist.

Women in the nationalist movements are seen more implicitly than their explicit contribution. They are perceived to reproduce culture and ethnicity through generations[10]. There are contributions which go beyond mere transmission of culture which is overlooked. A sense of nationalism originates when women feel comfortable and secured in their own nation which appreciates, encourages and acknowledges the contribution of women in development, protection of the nation and unifying fellow citizens.

It is hard to expect to have a deep sense of nationalism when even the basic rights are not recognised by one’s nation. It is in this background that ‘pink nationalism’ is at rising in India. ‘Pink Nationalism’ is the terminology that indicates women nationalist in the 21st century in India who is contributing to the nation in all walks of life. These women nationalists who do not brood over the patriarchal society that India is known to be, but rather, boldly come forward to add value to the nation inside out. The situation of women feeling sorry for themselves and attracting sympathy from the western world and critiquing about how India perceives women are long gone. The stereotype of attaching male superiority and masculinity to the concept of ‘nationalism’ is at a brink as women’s contribution is no less compared to that of a man.

There has been a tremendous drift in the recent days where women claim their rights and are taking part in the nation-building process by creating an equal footing to that of a man. Be it with fundamental rights, dignity, decision-making process, protection of the nation, scientific development, sports, economic development etc, women have stepped in with a greater foothold.

The Defence Minister Mrs. Nirmala Sitharaman has announced that induction of women into the military police and will be encouraged to ensure their representation[11] in equal numbers in the Indian military. The roles and responsibilities of women have broadened by this decision of the Defence Minister to include investigation of offences, crowd control of refugees and so on. The statistics show that women put together in all the three wings: air force, military and naval do not constitute even 25% of the total strength. But the bold encouraging move by the Defence Minister creates a platform for women whose dreams are unheard of to serve the Indian force.

The valiant Defence Minister Mrs. Nirmala Sitharaman is the second lady Defence Minister after the very Indira Gandhi. The post of Defence Minister holds an onerous responsibility in implementing the policy decision related to the security[12] of the country which is the most primate responsibility of a nation and is headed by a woman. The Indian navy has focused its commitment towards the well-being and the welfare of women. It has taken measures to ensure the elimination of violence, have a safe and positive environment, and create equal rights and so on[13]. The Vishaka guidelines have specifically been implemented by the naval force. The Indian army has increased the posts for the promotion of women from one rank of major to captain, Lt. Colonel rank. The training period is increased to set out an equal footing as that of a man.

The next important post in the cabinet i.e., Ministry of External Affairs, is headed by Mrs. Sushma Swaraj, who is strengthening the ties[14] between India and other nation. It is not to forget that for the first time in the Indian history that a contingent will be led by a lady officer (Lt Bhavana Kasturi) on the Army Day parade comprising about 144 male personnel[15].

The jurisprudence related to the women’s rights has also taken a de route in India. One major right that was accorded to women was the right to property[16]., which is one of the inalienable rights as propounded by Hobbes. The right of women to enter the Sabarimala temple has created an uproar with regard to gender equality[17] and the Supreme Court upheld the rights of women to enter the temple by upholding the fundamental right[18] guaranteed under our constitution. The exclusionary practice followed by the temple was held not to be reasonable and could not even be justified under the grounds of public health, morality. The court also pointed out that the concept of ‘morality’ is not subject to each religion and ideals but should be perceived as a constitutional morality being in sync with Articles 14, 15, 17, 21, 38 and 51. This shows that the judiciary is overarching the subjective ‘morality’ into the ‘constitutional morality’ which justifies the rights of women.

To add on to the constitutional morality over the ‘subjective morality’ subsisting in the society, the Supreme Court held that the dance bars where women earn their livelihood is not to be shut down under the guise of ‘dignity of women’[19] and imposes a restriction on obscene dances which in letter and spirit is a move towards protecting the dignity of women. This is the context of the Maharashtra government which through legislation had prohibited and banned dance bars stating that it impugns the dignity of women and deprives the public morality. But the judgment paves way for women to earn and live with dignity and not make ‘dignity of women’ as a reason to curb a mean of livelihood.

The other judgment which holds the women dignity at a high peak is that of Joseph Shine v. State of Kerala[20], where it was held that women are not to be treated as a property of men and have their own individual dignity. The provision states that a married man is punished for having sex with another married woman, but is not punished if the husband of the married woman consents to it. This draconian provision entitled husbands to be masters and a women’s individual dignity was at stake. This provision was struck down by the supreme court by stating that women’s dignity and consent matters and husband’s consent should is not what is required.  These judicial pronouncements in favour of the women’s rights are creating a place of ease for women to stay whereby the freedom and respect, which by default should have been accorded to women is seen now after the interference by the judiciary.

Women themselves have created a buzz in recent past. The statistics show that in 2018 more women athletes have brought laurels to the country than the men[21]. More women are getting into entrepreneurship and a 100% growth is seen in the women entrepreneurs[22].  V.R Lalithambika and Anuradha T.K, two women head a prestigious post in the ISRO where former is the head of the Human Space Flight and the latter is the project director of Chandrayaan – 2 which is set to explore the unexplored south pole of the moon[23]. When it comes to local administration, women leadership is seen in 43% of total Gram Panchayats in India[24]. These contributions by women are in lieu of the national interest and add to the greater good.

Conclusion | Pink Nationalism: A move from the Patriarchal Notion

“Nationalism is an infantile disease. It is the measles of mankind” – Albert Einstein, as the quote goes, nationalism never vanishes from mankind and the expression of one’s nationalism may change.  To have a nationalist feeling, gender is not a precursor. It is untrue that only men have a staunch feeling towards one’s nation and not women. It is to be understood that one’s attachment, love and affection towards their home is deeply rooted if and only if they are comfortable, can enjoy their freedom and are treated on par with the other members of the family. It is the same analogy that works on a larger Platform- A Nation. Women’s overall role in India is improving as compared to before and it is fallacious to say that women are not nationalists.

The nationalist movement need not be a mass mobilisation like it was during the independence struggle to count the number of women who participated. Times have changed where there is a growing contribution to the country by the women folks which clearly can be viewed as the modern-day nationalism.

The modern definition of ‘nation’ involves an individual’s connection to a nation on socio-economic issues in a defined territory with a link to the common past[25]. Owing to this definition of a nation in a woman’s perspective totally justifies the current pink Nationalism, i.e. a woman’s loyalty over the nation. This ideology is a step towards unifying the nation with divided platforms and a huge gender gap. [11] Women to be recruited in the military: Defence Minister, Jan 18, 2019 [https://timesofindia.indiatimes.com/india/women-to-be-recruited-in-military-police-defence-minister/articleshow/67591768.cms]

[15] In a first, a lady officer will lead an Army contingent at the 71st Army Day parade India Today, [https://www.indiatoday.in/education-today/gk-current-affairs/story/lady-officer-indian-army-contingent-army-day-parade-republic-day-1426948-2019-01-09]

[22] Shelley Singh, how more and more women are turning entrepreneurs while managing family along the way, economic times, March 06, 2018. [https://economictimes.indiatimes.com/small-biz/startups/features/how-more-and-more-women-are-turning-entrepreneurs-while-managing-family-along-the-way/articleshow/63179713.cms]