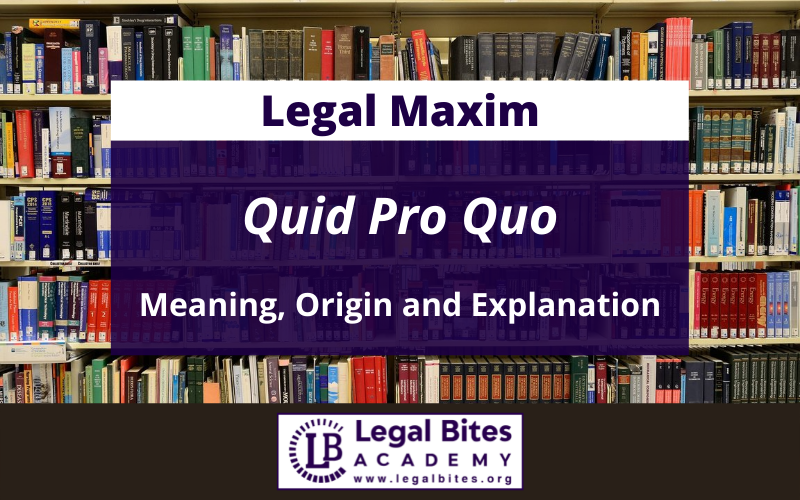 Quid Pro Quo is a legal maxim of Latin origin.

It literally translates to ‘something for something’[1].

It refers to the section of the contract where the consideration is transferred from one party to the other, making the agreement legitimate and enforceable. It is a term that refers to a valued consideration in contract law that is one of the necessary components of a legal contract.

However, if the contract looks to be one-sided, the courts may declare it void. A contract may be declared nonbinding and void if there is no consideration or quid pro quo.

In layman’s words, the aforementioned definition entails the following:

The Supreme Court ruled in Sreenivasa General Traders & Ors. v. The State of Andhra Pradesh & Ors[2]. that any service given in the context of a contractual relationship should have an element of quid pro quo.

In Krishi Upaj Mandi Samiti v. Orient Paper & Industries Ltd[3]., the Supreme Court also declared that “there is no quid pro quo between the taxpayer and the public authority.” There must be some sort of exchange between the person who pays it and the general public.”