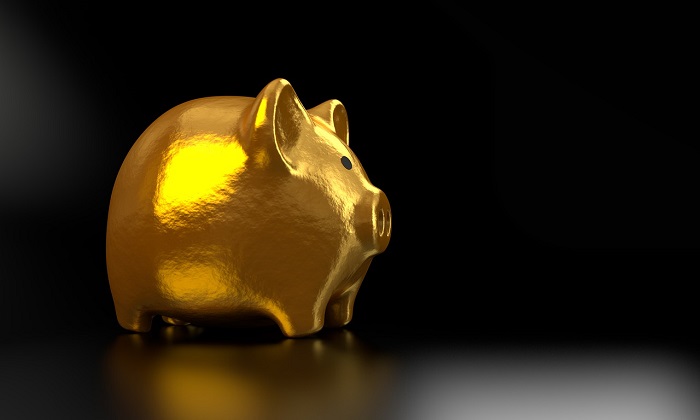 The nexus between real estate deals and black money is a serious concern for the country. This parallel economy is estimated to account for 25-50% of India’s GDP.

Indian real estate market is categorised as a grey market as there is no informational transparency due to lack of a well-organized market system. Lack of stringent laws and absence of regulator for this sector made it a haven for parking unaccounted black money.[1]

According to KPMG’s survey (2010), real estate and construction are the most corruption-prone sectors in India. The Department of Revenue Intelligence of the Indian Central Board of Direct Taxes (CBDT) has identified that the real estate is the birthplace of black money and also estimated that in most property deals where 40-60% of the transaction value goes unaccounted. In India, the real estate is a State subject and hence regulation and registration are controlled by the State Governments.

Legally, registration of properties should be done only in the actual market value negotiated between the buyers and sellers. But, buyers and sellers evade huge amount of tax during the process of buying and selling in privately negotiated contracts by registering the property using the guideline value fixed by the State Government, mostly with the mediation of brokers. [2]Due to this, unaccounted income gets generated from the difference between the theoretical and practical market values, which is classified as black money by the Government.

Black money generated in this way is used to run a parallel economy in the country. The nexus between real estate deals and black money is a serious concern for the country. This parallel economy is estimated to account for 25-50% of India’s GDP. Its negative impact is obvious. Corruption is both a cause and consequence of unaccounted money. Competition has been eroded with tax evasion, and genuine taxpayers find it difficult to survive in the market.

Further, the Tax-GDP ratio is reduced as a large part of the economy is unaccounted. With the failure of public services, inadequate infrastructure, poor quality public goods, the weaker sections of the society suffer disproportionately. The parallel economy encourages wasteful expenditure and the resources are misallocated at the cost of deriving financial advantage out of it. Such undervalued deals help parties to escape from statutory payments such as stamp duty, income tax and capital gains tax.

The agreed value declared to the government and based on which the stamp duty is assessed is termed as White Money. The balance of amount that in settled privately by cash, is termed as Black Money. Almost all the real estate transactions in India have these two components, viz., white and black money settlement.[3]

Tax evasion is rampant in real estate deals. After buying a property, the buyer has to show the source of income to the tax authorities.

In order to avoid this, buyers of properties usually prefer to pay tax like stamp duty and registration charges by calculating tax payable using the guideline value, which is very less than the market value of the property.[4] Similarly, tax evasion on capital gains is done by the sellers. Sellers of the property prefer to calculate the tax payable using the guideline value because they get benefited by undervaluing the property on sale deeds and accept the rest in black money. This enables them to pay lesser capital gains tax. In this process, huge unaccounted income i.e. black money is generated.

The unaccounted money once generated keeps rotating further as many such buying and selling happens using the black money as there is a huge monetary incentive for both buyers and sellers. Ultimately, these transactions emerge into a grey market and pose a great danger to the Indian economy.

The other side of India’s real estate sector is grey due to lack of stringent laws and regulatory mechanism, absences of information dissemination to the public, which has made India a haven for parking unaccounted money. The Department of Revenue Intelligence and other related vigilance agencies identified that the real estate is the birthplace of black money. Through the black money is generated in several spheres of economic activity, there are certain sectors of the economy, which are more vulnerable to this menace.[5]

First, due to outdated government guideline values; second due to non-availability of reliable data on the actual market price of the property traded and third, due to market structure that paves way for the parties to privately meet and agree on market value and other terms of sale. Hence, the actual market value of the transactions is not disclosed publically.

To avoid black money transactions in the real estate sector, the Government of India keeps taking actions through the Central Board of Direct Taxes (CBDT) and the Department of Revenue Intelligence by conducting investigative market surveys and surprise raids. All these attempts made by several government agencies to curb black money formation in this sector are not successful because such attempts are not concentrating on the creation of a transparent market.

But this online Business-to-Customer (B2C) portals do not bring the expected transparency and liquidity to the market. The websites of these modern real estate companies act just as electronic brokers to create a linkage between the buyers and sellers in the real estate market. They do not commit themselves on the negotiation and payment aspects of the deal, as these services are not provided through their web portal. Also, these property web portals do not maintain any data on price-related information of the transaction facilitated through their portals. Therefore, there is no possibility to track the actual sale consideration of the deal that gets transferred among parties of the transactions in the modern web-based marketing system.

In India, the principal agencies and regulatory framework responsible for controlling black money generation are:

In spite of the presence of multiple regulatory bodies, effective implementations of the laws depend on the implementation of individual laws by the concerned agencies, and proper inter-agency coordination where one law overlaps with another law, and its administrative machinery affects the other.

Lack of coordination and conflict of interest is the second major problem that needs to be tackled. Another area of focus for inter-agency cooperation is information sharing. Therefore, a centralised system should be created to share the intelligence information and data on a real-time basis with all departments concerned.[8] This system should be backed by a specialised cell with skilled manpower to prepare the database and take further action on the intelligence input.

Corrective action to be taken by State Government:

The black money also has various ill effects on the people, economy, society, infrastructure, etc. leading to corruption and creating a parallel economy in India. Also, it affects in the economy in planning and resource mobilization, contradiction with other policies, stagnation in income distribution effect, unemployment, inflation, forcing changes in the fiscal policy regime, budgetary deficits and debt trap giving rise to transaction cost, leading to a high-cost economy in spite of a low wage and raising money supply.

It also creates micro effects in the economy such as policy failures, poor people left at the mercy of the market, criminalisation of society, impact on national security, impact on work ethics, impact on the quality of exports, reducing citizens’ faith on the state and alienating him from the society, and reduction of faith in social actions.