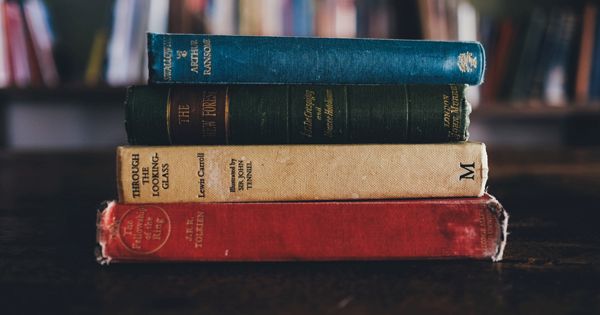 Not everything holds value in the court of law, only certain events, physical or abstract that are brought to court’s notice, through legal means, hold relevancy. Every event is a fact in itself and is made up of a number of facts. The law of Evidence was developed to chalk out the rule and principles to prove “facts.” The legal meaning of fact, as under The Indian Evidence Act:

(1) anything, state of things, or relation of things, capable of being perceived by the senses;

(2) any mental condition of which any person is conscious.

The second chapter in the law of evidence, ‘relevancy of facts’ can be considered as a tool to identify facts, appropriate to the case, from a plethora of them. These facts are called ‘Facts in Issue’ and help in steering the case towards a justifiable judgement. Only through evidence can they be proved and evidence has been defined as:

(1)all statements which the Court permits or requires to be made before it by witnesses, in relation to matters of fact under inquiry; such statements are called oral evidence

(2)all documents including electronic records produced for the inspection of the Court; such documents are called documentary evidence.

This serves as a section to exclude the irrelevant facts. For example, if ‘A’ were to beat ‘B,’ with a club and an intention to cause his death, the following would form the facts in issue:

The concerned facts in issue are to be only dealt with, during the trials and the rest are not relevant to the court. If a suitor were to bring any new unrelated issue, it would neither be accepted nor be heard in the later stage of the case.

This Latin term means, ‘things done.’ It is adopted from the English doctrine of res gestae, though the term is not used directly in Section 6 of the act, it is applied in Indian law. As Peter Murphy puts it, “To state a fact or event in isolation without reference to its antecedents in time, place or surrounding circumstances, may render the fact, difficult or even impossible to comprehend.” Hence, supporting facts are used to prove or give meaning to the facts in issue and these form the part of res gestae. It is an exception to hearsay evidence (Hearsay evidence is what one has heard and not seen).

Relevant facts could include both acts and omissions, and they could be isolated or contiguous but they should form a part of the transaction in question. In Milne v Leisler (7 H.&N. 796: 126 RR 704), the fact that the contractor wrote a letter to his broker to make enquiries was held to be a part of res gestae; in deciding whether a contract was made as an agent or in a personal capacity.

Uncertainty regarding instant statements and a false narrative of a detached prior event was cleared in the case of Ratten v Reginam (3 All ER 801), where Lord Wilberforce said that it should be up to the Judge to satisfy himself that whether the statement was made in spontaneity and instantly or is a constructed narrative and hence, shall be excluded.

The Environment of Facts

Everything surrounding the question can also be relevant to the case. These aspects, as defined under Section 7, include:

Facts which show a motive for any facts in issue or relevant facts are relevant. The only condition is that the motive considered should be of the man who commits the crime. In R v Palmer (1856, Cockel’s cases and statutes on evidence, p. 59), the accused borrowed large sums of money from his deceased friend to pay his dues. The deceased died because of poisoning in a hotel, after coming back from a race they both attended. Since the accused had a strong motive to kill him, he was held liable. If a certain motive can be assigned, its adequacy is not questioned, only its existence is enough to prove concerned facts. In Murarilal Sharma v State of Maharashtra (AIR 1997 SC 1593) it was held that where a fact can strongly link accused to the fact in issue, motive plays a secondary role. And while, when considering circumstantial evidence, evidence of motive plays the fundamental role.

Preparation in itself is no crime, but when accompanied with an offence committed thereof, it becomes relevant. Illustration (c) to section 8 provides: “A is tried for the murder of B by poison. The fact that, before the death of B, A procured poison similar to that which was administered to B, is relevant.” Here, procuring of poison is no crime but when the poison is administered to murder B, it becomes relevant.

Guilty mind begets guilty conduct. Conduct is taken as evidence because it is always guided, before or after, by what one has done. The conduct should be such which is affected by the facts or affects the facts. It doesn’t include statements until these statements are associated with conduct. Considering the leading case of Queen-Empress v Abdullah (1885 7 All 385 FB), the facts of which are: Abdullah had murdered a prostitute, aged between 15 and 20 years. He had slit her throat with a razor but the girl helped identify him by her conduct which was her hand gestures agreeing to questions asked. The defendant pleaded that this amounted to a statement but the learned judge held it to be subsequent conduct and prosecuted Abdullah for her murder.

Subsequent conduct includes activities done after the incident whereas previous conduct includes actions before the crime/incident. In Vikramjit Singh v State of Punjab (2006 12 SCC 306), it was held that if there is a nexus between conduct and crime, it doesn’t matter whether the conduct was subsequent or preceding, it will be relevant.

Facts will help in supporting, rebutting, explaining or introducing relevant facts are also relevant under this chapter, for example, if a person is absconding soon after being accused of a crime, it is relevant as conduct subsequent and affected by facts in issue. In Sainudeen v State of Kerala (1992 Cr LJ 1644 Kerala), identification of the accused through his voice was relevant under this section.

This section also covers test identification parades (TI parades). Its utility was explained by the Supreme Court in Ramanathan v State of TN (AIR 1978 SC 1201) stating that the common and old practice of lining-up suspects for identification by eye-witnesses or by the victim becomes essential where the identity of the perpetrator is unknown.

This part covers the following sections:

This section states that whenever there is a reasonable ground to believe that two or more persons have conspired and a co-conspirator says, does or writes something, the evidence is relevant on a condition that the act must have a reference to their common intention. It is important to have a reasonable ground because conspiring against the government or nation is itself a crime.

It gives relevancy to those facts which are irrelevant as such but become relevant because they are inconsistent with relevant facts and their existence in themselves or in connection with other facts make some fact in issue or a relevant fact highly probable or improbable. In Dudh Nath Pandey v State of UP (1981 2 SCC 166), the Supreme Court said that the plea of alibi must be proved with absolute certainty, so as to make the presence of accused at the crime scene, impossible. In Baij Lal v Ram Pratap (AIR 1982 Delhi 149), a seller divided his land in two and sold it in two different transactions to two different persons. The court held that the first sale deed will be considered and it was highly probable that the rest of the land was intended to be sold to the second buyer.

As civil cases are not dealt with as seriously as the criminal cases, this section gives relevancy to any fact which will enable the court to determine the amount of damages to be awarded.

This section was laid out to consider facts when a custom or a right is in question. Facts and evidence regarding the origin, modification, assertion, claiming or denial of a custom and those instances where the custom or right was practised, recognized, claimed or denied are admissible.

Section 14 is of importance as it accepts mental or bodily feelings as relevant. Mens rea or intention forms an important ingredient of a crime and hence, plays a vital role in determining the extent of liability of an accused. It leaves the finding out of mental or bodily feeling at the discretion of the court since it is impossible to find out what a man is thinking. It could be found out by other related facts and could help in proving intention, negligence or innocence. In Emperor v Wahiddin Hamiddin (1929 32 Bombay LR 324), the Bombay high court held that tendency to commit thefts could not prove an intention to commit dacoity or conspiring to commit dacoity. Previous convictions are excluded as evidence under Section 54 of the act but if the same offence is repeated, again and again, it may lay a ground for clearing the intention of the accused, as was held in Emperor v Allcomiya Husan (1903 ILR 28 Bombay 129).

The general principle is to exclude the evidence of similar facts or past prosecution (as stated above), this principle is applied as an exception, only in those cases where there is a striking similarity between the fact on which the case is based and the fact of which the evidence is offered.

Through this section, the court establishes whether an act is incidental or accidental. This is done by checking whether such event was a part of similar occurrences and in each, the person concerned was executing the act. This was rightly explained in the case of R v Smith (1915 11 Cr App 233): If you find an accident which benefits a person and you find that the person has been sufficiently fortunate to have the accident happened to him a number of times, benefitting him each time, you draw a very strong, frequently an irresistible inference, that the occurrence of so many accidents benefitting him is such a coincidence that it cannot have happened unless it was designed.

The provisions of the act are exhaustive in themselves but the act is not exhaustive in itself. The relevancy of facts is an important chapter which deals with the substance of the trials as, without facts, nothing can be proved to have happened. The act was developed during the rule of the Britishers and hence leaves a huge room for improvements which might have not yet been discovered. The evident changing nature of law should be continuously applied in updating this act to ensure fair judgements.