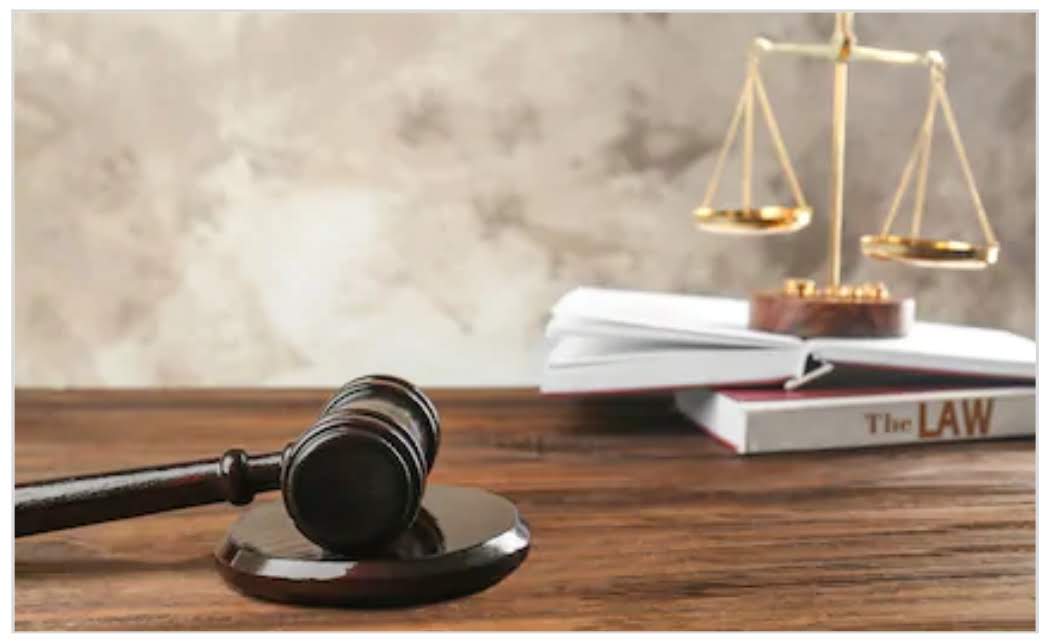 In the case of Durga Shankar Mehta Vs. Raghuraj Singh[1], the Supreme Court expressed that the meaning of ‘tribunal’ as used in Article 136 does not mean the same thing as ‘court’ but includes within its ambit, all adjudicating bodies provided they are constituted by the state and invested with judicial powers as distinguished from administrative or executive functions.

The term ‘tribunal’ is derived from the word ‘tribunes’ which means ‘Magistrates of the Classical Roman Republic’ and is referred to as the officials under the monarchy and the republic, to safeguard the life and liberty of individuals from the arbitrary power.[2]

According to H.W.R Wade, “The social legislation of the twentieth century demanded tribunals for purely administrative reasons; they could offer speedier, cheaper and more accessible justice, essential for the administration of welfare schemes involving a large number of small claims.

The process of Courts of law is elaborate, slow and costly…Commissioners of customs and excise were given judicial powers more than three centuries ago. Tax tribunals were in fact established as far back as the 18th century.”[3]

There are a number of functions that administrative tribunals perform that have been given to them, which form its characteristics and salient features. The Supreme Court in the case of Jaswant Sugar mills vs. Lakshmi Chand[4], which was a case between the Sugar Mills Ltd company and the labour union wherein the company had filed complaints against the workers for reducing production.

This case gave certain specifics to determine whether an authority is considered as a tribunal, which is as follows:

– It must possess the investiture of the trappings of a court- such as the authority to determine matters in cases initiated by parties, sitting in public, the power to compel the attendance of witnesses ad to examine them on oath, compel the production of evidence, etc

– It is not necessary that the strict rules of evidence should be followed: and the procedures may vary according to requirements specific to cases

– A person entrusted to do an administrative act has often to determine questions of fact to enable him to exercise his power, consider facts and circumstances and to weigh pros and cons before making decisions. And exercise his/her power justly, as a person exercising a judicial or a quasi-judicial authority does

Other than these features there are other characteristics that define the Administrative tribunals:

– Once the dispute is settled by the High Court, it cannot be entertained by the administrative tribunal; similar to the ordinary hierarchy of courts followed everywhere. This is also known as the concept of Res Judicata which gives finality to the judicial decisions so that one case is not litigated twice as given in Section 11 of the Civil Procedure Code

– They are formed to provide a forum to deal specifically with service matters to unload some burden off the other courts from their jurisdiction, by providing inexpensive and quicker relief, by abiding the rules of natural justice and not the other guidelines such as Civil Procedure Code or Law of Evidence as done by other ordinary courts

– Administrative tribunals have the responsibility to adjudicate judiciously and without their personal predicaments, by ensuring the highest justice is provided to the parties. According to M. C. J. Kagzi, “The provisions declaring the proceedings before the tribunal judicial proceedings, giving it the powers of a civil court for certain procedural matters, and requiring it to hear the parties go to prove that the tribunal is required to act judicially and not mere judiciously.”[6]

– administrative tribunals are conceived and constituted as an effective and real substitute for the High Courts as regards service matters are concerned. The power of judicial review of the High Courts cannot be called as inviolable as that of the Supreme Court.[7] This point means that the actions of the tribunals come under the check of judicial review that ensures that there is just adjudication.

PROVISIONS IN THE CONSTITUTION

The provisions in the Indian context in regards to Administrative Tribunals began with the 14th report by the Law Commission of India titled “Reform of Judicial Administration” in 1958. In this report, it suggested the establishment of an Appellate Tribunal or Tribunals at the State and Centre.

After this, the High Court Arrears Committee set up under the chairmanship of Justice J C Shah in 1969, recommended the setting up of an independent Tribunal to handle service matters pending before the High Courts and Supreme Court.[8]

Later after this a committee set up called the Swaran Singh Committee that recommended for establishing tribunals under the various States and the Centre, also influenced the Part XIV-A in the Constitution (forty-second Amendment) Act, 1976, titled “Tribunals” that gave the Article 323 A and 323 B which talk about the setting up of “administrative tribunals” and “tribunals for other matters”.

The Preamble of the Act states that it was enacted in accordance with Article 323-A. The act is applicable till the Central Administrative Tribunal of the whole of India and the State Administrative tribunals in all states with the exception of the State of Jammu and Kashmir.

The other exceptions to the Act are as follows:

i. The members of the naval, military or air force, or any armed forces of the Union,

iii. Any person appointed to the secretarial staff of any state Legislature or a House thereof, or in the case of Union territories, having a legislature, of them too.

Article 323-A acts in empowering the Parliament to establish tribunals for dealing with ‘disputes and complaints with respect to recruitment and conditions of service of persons appointed to public services and posts in connection with the affairs of the Union or of any State or of any local or other authority within the territory of India or under the control of the Government of India or of any corporation owned or controlled by the Government’.

Thus it provides for the setting up of administrative tribunals for the adjudication of disputes and complaints related to the recruitment, conditions of service and other such matters, of Government servants under the Central and State government.

With respect to 323-B, it gives power to the appropriate state legislature and parliament for establishing tribunals for the adjudication of any dispute or complaint with respect to matters specified under its clause 2.

The matters specified in this clause include those of tax, foreign exchange, import, export, industrial labour disputes, land reforms, supply and distribution of essential goods, rent regulation, tenancy, etc. These tribunals also have the power to adjudicate on certain criminal offences and impose punishments. This was an innovation for the Indian judicial system as before only courts could penalise offenders and not non-judicial bodies.[9]

Another important article that needs to be mentioned is Article 136 of the Constitution Of India, that talks about the Supreme Court’s jurisdiction. This helps exclude the jurisdiction of all the other courts in respect to the matters of the tribunals, only except that of the Supreme Court.

In the case of S.P Sampath Kumar Vs. Union Of India[10], the Supreme Court decided that the tribunals were the substitutes of the High Court in certain matters and were entitled to exercise the type of power similar to the High Courts. The two were not supposed to be rival institutions, but only two similar adjudicatory bodies with varied jurisdictions, as the tribunals were limited to the service matters.

The apex court held that the tribunals are not an end in themselves but the means to an end, and the framework to attain the goals it sets out to achieve like provision of quick and affordable justice, must be through abiding the basic judicial regulations.

In such cases, the appropriate High Court would have to be approached directly. Barring cases where the constitutionality of the parent Act is challenged, all questions regarding services must be raised only before an administrative tribunal and only writ appeals could go to a Division Bench of a High Court. From a decision of a High Court’s Division Bench, an appeal could be preferred under Article 136 of the Constitution of India to the Supreme Court”[11]

Administrative tribunals are subject to judicial review by the High Courts under Articles 226 and 227. Article 226 talks about the various writs that can be issued by the High Court to any person or authority (including government officials where required) directions, orders or writs, including writs in the nature of habeas corpus, mandamus, prohibition, quo warranto, certiorari or others.

Section 14 that confers jurisdiction, powers and authority on the central administrative tribunal states that; “

(1) Save as otherwise expressly provided in this Act, the Central Administrative Tribunal shall exercise, on and from the appointed day, all the jurisdiction, powers and authority exercisable immediately before that day by all courts (except the Supreme Court) in relation to –

(a) recruitment, and matters concerning recruitment, to any All India Service or to any civil service of the Union or a civil post under the Union or to a post connected with defence or in the defence services, being, in either case, a post filled by a civilian;

(c) appointed to any civil service of the Union or any civil post under the Union; or (iii) a civilian not being a member of an All India Service or a person referred to in clause (c) appointed to any defence services or a post connected with defence, and pertaining to the service of such member, person or civilian, in connection with the affairs of the Union or of any State or of any local or other authority within the territory of India or under the control of the Government of India or of any corporation or society owned or controlled by the Government.[12]

[2] LAW COMMISSION OF INDIA, Report No.272, Assessment of Statutory Frameworks of Tribunals in India, October 2017

[7] The Law Commission in 215th Report (2008) titled “L. Chandra Kumar be revisited by a Larger Bench of Supreme Court of India”

[8] LAW COMMISSION OF INDIA, Report No.272, Assessment of Statutory Frameworks of Tribunals in India- http://lawcommissionofindia.nic.in/reports/Report272.pdf