Home  »  Articles   »   The Sexual Harassment of Women at Workplace (Prevention, Prohibition and Redressal) Act, 2013 – An overview 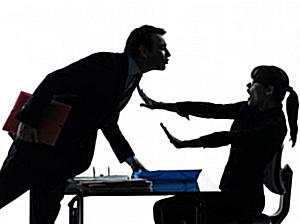 The Vishaka Guidelines were promulgated, which eventually led to the culmination of the Sexual Harassment (Prevention, Prohibition & Redressal) Act in 2013, herein referred to as the Act.

The rape incident of Rajasthan State Government employee Bhanwari Devi in 1992 sent a ‘Tsunami’ of shock across the world. She was victimized for voicing against the deep-rooted evil practice of Child marriage and was sexually assaulted while trying to prevent the same as a part of her duty. The entire nation waited to witness the imposition of the gravest punishment on the culprits but to everyone’s dismay, the prosecution resulted in the acquittal of the accused allowing them to walk scot-free at large.

The aftermath of the acquittal saw a Women’s group called Vishaka taking the lead and filing a PIL in the Hon’ble Supreme Court of India appealing for justice against sexual assault at a workplace. For the first time in India’s history in 1997, the women at workplace felt ensured about the protection of their right to justice against sexual abuse with the Supreme Court laying down the binding guidelines under the title, ‘Vishaka Guidelines’ to be mandatorily followed in an establishment of any nature in dealing with complaints on such harassment. The Vishaka Guidelines were hence promulgated, which eventually led to the culmination of the Sexual Harassment (Prevention, Prohibition & Redressal) Act in 2013, herein referred to as the Act.

The main objective of the act is to curb the menace of sexual harassment of women holding any position or capacity in an establishment, industry, department, organization, undertaking, enterprise, institution, office, branch, unit or in any household for remuneration, either in cash or in kind, employed directly or indirectly, on a temporary, permanent, part time or full time basis. This also includes domestic workers where the employer derives benefit out of the service rendered by such workers.

It is noteworthy that the workplace could be both privately or publicly operated, bringing within its purview hospitals and nursing homes as well. There is no hard and fast rule as to the place of occurrence of sexual harassment which would nevertheless entail equal liability. Like the place of the incident is different from the one where the woman is employed, being visited by her while in her professional capacity or during the hours of employment, inclusive of transportation to and from such place would still constitute sexual harassment under Section 2(o). There is no limitation imposed on the age of the aggrieved.

Apart from the above specifications, Section 3 of the Act provides for certain additional grounds or circumstances which, if present in the concerned workplace as regards any act or behavior of Sexual harassment will be punishable, namely-

For the prevention of Sexual harassment at workplace, this act mandates the constitution of an Internal Complaints Committee (ICC)  by the employer at all the divisional, sub-divisional or administrative units or offices under the employer. In case the number of employees at the workplace is less than 10, then the complaint is directed to the Local Complaints Committee (LCC) at the district level. Non-Constitution of ICC by the employer and then failing to satisfy the appropriate government of the reason for such failure will attract a hefty fine which may extend to Rs. 50,000, and repetition of non-compliance may also result in cancellation of license of the employer.

At this point, the case of Gayathri Balaswamy vs. ISG Novasoft Technologies Ltd. Case (MANU/TN/2293/2014) is worthy of a mention in which the Madras High Court awarded compensation to the aggrieved woman employee for such non-constitution. The ICC and the LCC are under the obligation to submit an annual report to the employer and the District officer respectively stating precisely the number of complaints received or resolved, the amount of compensation granted or the quantum of penalty imposed on the guilty party.

The ICC has adequate representation of women ensuring proper address of interests, issues, and claims in all its forms and aspects. This is evident for the Presiding officer of the Committee shall compulsorily be a woman holding a post in the senior level of employment under the employer, with at least one-half of the members nominated being women. A minimum of two employees hailing either from the legal background or social service possessing experience in work towards the rights of women and committed to their cause shall be its members.

Moreover, a member of a non-governmental organization or association committed to the cause of women or having knowledge regarding issues related to Sexual Harassment will also be a key member in it.

Chapter IV of the act deals with the procedure for filing of complaints as regards sexual harassment at workplace simplified enough for achieving the ends of justice. The complaint must be submitted in writing to the Internal Committee or to the Local Complaints Committee (as the case may be) within a period of three months from the date of occurrence of the incident.

In case of a series of incidents constituting sexual harassment the same amount of time is granted for making the complaint, commuted from the date of the last incident.

On the occasion of failure of filing the complaint by the aggrieved within the stipulated period of time, then she can be entitled to receiving an extension of another three months upon establishing to the satisfaction of the committee that the reason for such delay was genuine, reasonable and not within her control.

In the event of any reason resulting in the permanent inability of the aggrieved to file a complaint, then her LRs, heir, guardian or agent are authorized to file the same on her behalf as if it were her. Under this act, the aggrieved woman has the privilege and discretion of settling the matter amicably through conciliation, although the accused (respondent) cannot seek conciliation as a matter of right.

No settlement between the parties could be made upon the payment of money or on any assets of value. This provision has been incorporated in order to reduce the probability of alluring or threatening the aggrieved by the person in power for withdrawing her complaint.

If the inquiry into the complaint proves that the guilty party is an employee, he shall be governed by the service rules or the disciplinary code of the employment. The Local Complaints Committee shall forward such matter to the police if no service rule exists for the case to be registered under Section 509 of Indian Penal Code.

In view of the safety and security of the aggrieved, the appropriate body upon the receipt of a request can initiate measures during the pendency of the inquiry. This may be in the form of transferring the woman or the respondent to any other workplace or granting leave to the aggrieved up to a period of three months, or any other relief as the committee deems fit not detrimental to the rights of either of the parties. However, the inquiry must be concluded within 90 days.

The identity of the aggrieved or the respondent or any witness to the inquiry proceedings conducted by the ICC or the LCC as the case may be, shall not be divulged to the public in any manner and in any form and shall remain strictly confidential.

On the completion of the Inquiry, the parties are entitled to the receipt of the report under the act apart from the concerned employer within not more than a period of 10 days from its compilation.

Relief Available Under The Act

On the establishment of guilt of the respondent, actions for misconduct as per service rules will be taken against him. His employer shall also make deductions from his salary or wage any amount which the former deems appropriate and sufficient enough to be paid to the aggrieved or her LRs, taking into account the mental trauma and distress underwent, loss of career prospects due to the incident, the accumulated medical expenses, along with the financial state of the family.

Sexual harassment at workplace is a global concern today. Recently, the appalling confession of many American celebrities of sexual assault by film mogul, Harvey Weinstein shook people’s conscience, followed by a global campaign floating around social media tagged as ‘metoo’ where women from different parts of the world shared their horrific experiences of sexual molestation.

According to a survey conducted by the Indian Bar Association in 2017 of 6,047 respondents, at least 70% of the women feared to approach the appropriate forum reporting sexual abuse at the workplace. As per the article on IndiaSpend, there was an increase in the reported instances of sexual allegations in 2015. Between 2014 and 2015, cases of sexual harassment within office premises were more than double, 57 to 119, as per the data released by the National Crime Records Bureau.

There could be several reasons for sexual abuse going unreported in most of the cases.

2) A Look Into Sexual Harassment at Workplace

One thought on “The Sexual Harassment of Women at Workplace (Prevention, Prohibition and Redressal) Act, 2013 – An overview”