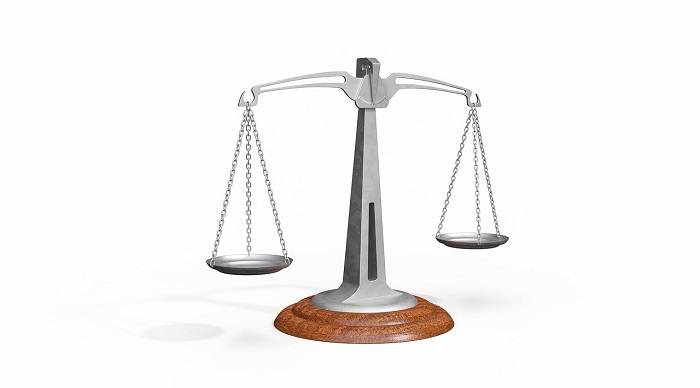 This article deals with the concept of strikes and lockouts that are essential weapons of the Industry. They provide a means of communication during the time of disagreements and differences in opinions. A vital role is played by such devices as they also provide a source for the accomplishments of basic rights.

The right to strike by workers is a well-recognised weapon available to them to settle their differences with the management and force the management to accept their demands. In our day-to-day lives also, we often see news regarding worker unions resorting to strikes so that their demands about their working conditions, for example, wages, benefits, holidays etc, are accepted by their employer.

Strike is an important part of the bargaining process because it tests the economic bargaining power of each side and forces both the parties to understand, realise, and evaluate the need it has for each other’s contribution. As the strike progresses, both side face losses- the savings of the workers continue to reduce, while the employer also faces losses as production stops.

This economic pressure results in offers, counter-offers, and ultimately agreements and compromises. Even if a strike does not happen, it still plays a part in the bargaining process, because the very prospect of hardship which the strike will result in, will often force a party to compromise. Collective bargaining is a process of reaching agreement, and strikes are an integral and frequently necessary part of that process.[1]

In the Industrial Disputes Act, 1947 (hereinafter referred to as the “ID Act”), strikes have been defined in Section 2(q) as follows:

“Strike means a cessation of work by a body of persons employed in any industry acting in combination, or a concerted refusal, or a refusal under a common understanding, of any number of persons who are or have been so employed to continue to work or to accept employment.”

Thus, simply put, strike means the stoppage of work by a body of workmen employed in an industry acting in concert. Duration of the cessation of work or refusal to work is immaterial.

From this definition, the essential ingredients of a strike can be culled out as follows:

The different types of strikes can be understood as follows[2]:

The following are not considered to be strikes within the meaning of Section 2(q)[3]:

In TISCO Ltd v. Workmen[6] it was held that if the employer substitutes the weekly rest day of Sunday by another rest day without giving a notice of change then it is an illegal change. Since refusal to give work in pursuance of illegal change amounts to a lock-out, therefore, the refusal to work on the substituted day did not amount to a strike.

In North Brook Jute Co. Ltd. v. Their Workmen[7] it was held that when a rationalisation scheme was introduced contrary to Section 33 of the ID Act, then the refusal to act according to that scheme would not constitute a “strike”.

In Punjab National Bank v. All India Punjab National Bank Employees’ Federation[8] it was held that a pen-down strike would be covered within Section 2(q) because here the workmen do enter the premises but refuse to take on their usual work, and refusal to continue to work as a part of a common understanding would constitute a strike.

In T.K. Rangarajan v Government of Tamil Nadu[9] it was held that the right to strike is not a fundamental right. Further, it is not even a legal or statutory right. A similar proposition had been recognised in B.R. Singh v Union of India[10] as well.

Section 2(l) of the ID Act defines lock-out as follows:

“Lock-out means the temporary closing of a place of employment, or the suspension of work, or the refusal by an employer to continue to employ any number of persons employed by him.”

This definition has the following three ingredients of a lockout:

In case of lockout, the workmen are asked by the employer to keep away from work, and therefore, they are not under any obligation to present themselves for work.

In Shri Ramchandra Spinning Mills v. State of Madras[11] it was observed that if the employer shuts down his place of business as a means of reprisal or as an instrument of coercion or as a mode of exerting pressure on employees or generally speaking when his act is what may be called an act of belligerency there will be a lock-out.

In Lord Krishna Sugar Mills Ltd., Saharanpur v. State of U.P.[12] it was held that a lock-out may sometime be not at all connected with economic demands; it may be resorted to as a security measure.

In Lakshmi Devi Sugar Mills Ltd. v. Ram Sarup[13] it was held that in case of lockout there is neither alteration to the prejudice of workmen of the conditions of the service application to them nor a discharge or punishment whether by dismissal or otherwise.

III. Prohibition of Strikes and Lockouts in Public Utilities

Strike in a public utility can take place only when 6 weeks notice has been served and 14 days have expired after serving the notice. According to Section 22(3), a notice of strike (within 6 weeks before striking) is not necessary when there is already a lock-out in existence in the public utility concerned.

Further, the employee should not go on strike before the expiry of the date of the strike during the pendency of any conciliation proceedings before a conciliation officer and seven days after the conclusion of such proceedings. Any strike commenced in contravention of these provisions would be illegal.

Section 22 (2) lays down similar conditions which an employer must fulfil before resorting to lock-out. It provides that,

Section 22 (3) provides that no notice of lockout is necessary where there is already in existence a strike in the public utility service concerned. Further, the employer shall send intimation of lockout or strike on the day on which it is declared, to such authority as may be specified by the appropriate Government either generally or for a particular area or for a particular class of public utility services.

In Ramnagar Cane and Sugar Co. Ltd. v. Jatin Chakravarty[14] it was held that during the pendency of conciliation proceedings between a public utility concern and one of its unions, it attracts the provisions of Section 22(1)(d) to the strike declared by another unit of the same concern and makes the same strike illegal.

In India General Navigation and Railway Co. Ltd. v. Workmen[15] the Supreme Court held that lockouts within 7 days of conciliation proceedings not illegal if resulting from the consequence of the illegal strike already started.

In Chemical and Fibres of India Ltd. v. D.G. Bhoir[16] it was held that pendency of a dispute between an individual workman as such and the employer does not attract the provisions of Section 23.

Section 24 provides that a strike or Lock-out in contravention of Section 22 and Section 23 is illegal. In Chandramalai Estate v. Workmen[18], it was held that an illegal strike cannot be half legitimate. The Supreme Court held that the Industrial Tribunal cannot come to the conclusion that a strike was half justified and half unjustified. The award of payment of fifty per cent of the employments for strike period was set aside.

In Management of Charukulam Tea Estate (P) Ltd. v. Workmen[19], it was held that workmen were entitled to wages for the strike period as their strike was not unjustified. It was further held in this case that the pendency of conciliation proceedings before the conciliation officer, as distinct from the board, does not render the strike illegal.

Illegal strikes may result in consequences like disciplinary action against workmen. The question also arises whether they are entitled to wages for the strike period.

In Crompton Greaves Ltd. v. Workmen[20] it was held that in order to entitle the workmen to wages for the period of strike, the strike should be legal and justified. Whether a particular strike is justified or not is a question of fact which has to be judged in the light of the facts and circumstances of each case. The use of force, violence or act of sabotage resorted to, by the workmen during the strike period which was legal and justified would disentitle them to wages for the strike period.

In M/s Burn & Co. Ltd. v. Their Workmen[21] it was laid down that mere participation in the strike would not justify suspension or dismissal of workmen. In Gujrat Steel Tubes v. Gujarat Steel Tubes Mazdoor Sabha[22] the workmen resorted to strike and as a consequence, the management terminated their services. The Supreme Court ordered the reinstatement of those workmen who were not found guilty of misconduct after a proper enquiry being held.