The Collective Shop Ban in the Netherlands

The Netherlands promotes Public-Private Partnerships (PPP) as a means of reducing crime and anti-social behaviour. With the Collective Shop Ban, businesses have their own method of preventing those who demonstrate anti-social behaviour from visiting their establishments.  As a result, private parties, such as shops and security guards, are jointly liable for catching and penalising crimes such as shoplifting… Read More » 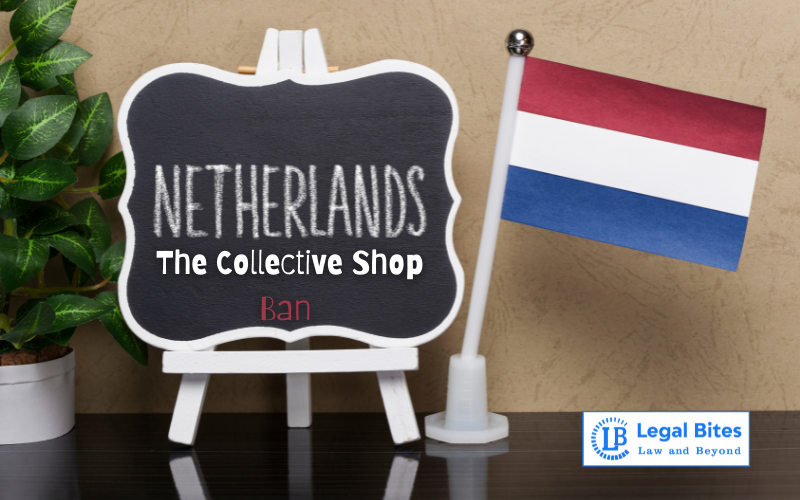 The Netherlands promotes Public-Private Partnerships (PPP) as a means of reducing crime and anti-social behaviour. With the Collective Shop Ban, businesses have their own method of preventing those who demonstrate anti-social behaviour from visiting their establishments. As a result, private parties, such as shops and security guards, are jointly liable for catching and penalising crimes such as shoplifting and fraud. Observing how the Collective Shop Ban differs from Dutch criminal law,...

The Netherlands promotes Public-Private Partnerships (PPP) as a means of reducing crime and anti-social behaviour. With the Collective Shop Ban, businesses have their own method of preventing those who demonstrate anti-social behaviour from visiting their establishments.

As a result, private parties, such as shops and security guards, are jointly liable for catching and penalising crimes such as shoplifting and fraud. Observing how the Collective Shop Ban differs from Dutch criminal law, what this civil law method means for the culprit, and what the societal implications are, is interesting.

In order to prevent antisocial behaviour or what is also called undesirable conduct, the concept of collective shop ban was introduced in The Hague back in 2005, which gives authority to the shop owners to ban the offenders from entering into any shop throughout the city.

For example, if A steals a chocolate bar from a sweet shop, his entry will be restricted in Zara store down the street. The duration of the ban varies from 6 months to even a year. The shops that participate in CBS are recognised with a red sticker on the door that reads “admission refused to shoplifters and others causing a nuisance”.

With this system in place, shop owners and security personnel have become responsible for the detection and punishment of criminal offences such as theft, vandalism, littering, nuisance, and neighbour abuse. Specific places and people may not be entered or associated with as a result of the measures in this context.

The Collective Shop Ban and its advantages

An affiliated shopkeeper must be a member of an entrepreneurial association in order to participate in the policy measure, as well as an active supporter of the measure. As a result, collaboration is rarely without conflict. The agreed-upon protocol aims to promote security in the city centre, combat shoplifting and disturbance, emanate a preventative atmosphere, and discourage troublemakers.

Having an entrepreneurial association as a member is the most essential benefit to a shopkeeper because of the reduction in theft, which is one of the policy’s impacts. As a result, there are other advantages to the cooperation as well.

One benefit of using the Hallmark of Secure Enterprise structure is the ability to obtain savings on private security services for greater areas of a shopping centre. It also offers insurance savings to people that follow this policy. The government also provides financial assistance, as well as fiscal incentives, for those who participate.

The city and the police intervene if there is an outbreak of antisocial behaviour. Criminal law requires that every aspect of an offender’s actions be recorded in order to be considered a crime, however, when a CSB is imposed, a classification of the behaviour is sufficient, and the exact specifics of the conduct itself can be avoided.

In addition, a CSB requires less evidence than a settlement reached under the auspices of criminal law. In civil law, “unlawful activity” is broader than “punishable act” in criminal law. In criminal law, two pieces of evidence are always required for a conviction, regardless of the circumstances.

One witness and the individual who broke the rules must sign the paperwork in order for the denial of access to become official. The former is doing this on a voluntary basis. A second witness is necessary if the offender refuses to sign the CSB form. In this situation, the second witness signs on behalf of the criminal, making the document legally binding.

The enforcement of the ban does not necessitate any additional proof. When the CSB is signed, the offender is elevated to the rank of “perpetrator.” The ban takes effect immediately after the signatures are put in place.

The policy has certain disadvantages as well such as that if a person is being investigated for a crime, a lawyer will be assigned to represent them. A CSB, on the other hand, carries a sanction that takes effect right away. Moreover, a language barrier might lead to a lack of confidence in one’s ability to challenge a quasi-criminal law decision.

Another stumbling block is the fact that a sizable percentage of people with CSBs do not have a fixed address. CSBs are also imposed without regard to the offender’s character, which is a major flaw. In criminal law, an appeal to exculpation can be made if it can be shown that the perpetrator did not commit a heinous crime.

Reasons for general exculpation include the inability to be held accountable, circumstances beyond one’s control, or a life-threatening situation. Theft, molestation, and fraud are just a few of the offences that fall under this umbrella. Measures taken by the CSB do not take into account the accountability of a troublemaker The same punishment is meted out to all forms of undesirable behaviour.

The FCCE has a difficult time finding out exactly what happened if a complaint procedure is launched. The CSB form just summarises the events leading up to the prohibition. A categorization of the behaviour is all that is needed to impose a CSB, and the factual facts can be left out. In the case of the person in question, there is no explanation for their behaviour. The shopkeeper’s complaint is taken as gospel by the policy.

Public interest is unquestionably served by the CSB. As a result, the interests of the public are also controlled by private groups. This is not out of the ordinary in the context of the previously discussed strategy of responsibility. There must be a clear definition of the authorities’ authority and acceptance of public responsibility for their actions in order to effectively fulfil these common interests.

The CSB in The Hague explicitly lays out the molar formulation of the participating parties’ abilities. As a result, it is critical that the entrepreneurs are aware of the procedures that must be followed in order to apply the measure correctly.

Studies reveal that teaching businesses about the proper method is challenging for the CSB’s coordinator, who is in charge of disseminating information. When a company goes bankrupt, it’s not unusual for a new one to take its place. As a result, commercial organisations can join the FCCE with considerable ease, but they can also withdraw their memberships with comparable ease as well.

There is a big role for corporations to play in the current circumstances. In many cases, a chain’s top office is in charge of CSB policy, but this doesn’t necessarily provide the best input to the individual stores. Moreover, when it comes to red stickers on storefronts, the sellers don’t seem to know what they mean at all.

The fact that the various shopkeepers are mainly unfamiliar with the CSB forms also comes to the forefront. Because they don’t know where to look for the forms, they don’t have them on hand. Those who do have the paperwork are frequently baffled by the process of completing it. Many forms are submitted wrongly and as a result of which, the bans cannot go into effect right away and the form must be corrected before they can be enforced. Some retailers directly call the parents of young offenders, such as shoplifters or troublemakers, in order to track them down.

If the CSB measure is designated as quasi-criminal law, what does it mean for an offender’s legal protections? Is there any mention of his or her legal status being violated? Although both classical criminal law and quasi-criminal law entail safeguarding interests like safety and preventing public offences, there would be no practical difference between the two if not for certain notable ones.

If the police get a CSB, the public prosecutor can determine whether or not to file charges against the instigator. The shopkeepers’ organisation has received no information regarding the case’s future legal resolution. The CSB is still in effect if the charge fails to lead to a conviction, for example, because there is insufficient evidence, or witnesses are unreliable, or the offence is viewed as too trivial, or there is no meaningful mention of criminal facts.

With the CSB’s arrival, the Dutch security diagram has been redrawn to include a new area. It’s getting harder and harder to tell the difference between fact and law, but a judgement must be made in every case. Since the two worlds are so different, business owners are compelled to use any and all official regulations and results they can find to defend their own practises. Businesses on a single shopping street can save money on private protection by pooling their resources.

There are, however, molecular processes at play that cannot be comprehended or simplified from a molar point of view. In this case, the shopkeeper’s personal sentiments are quite important. For example, some shopkeepers may enforce the CSB to the fullest extent possible, while others may be content to ignore the inconvenience. As a result, those who cause problems are treated unfairly.

Other entrepreneurs may call the parents of the troublemakers to check and reaffirm the behavioural norms at hand, while some merchants impose their own fines for breaches. This policy, in general, has the effect of creating a significant deal of uncertainty for criminals as to how their cases will be handled.

Thus, the state’s unquestioning instigation of a responsibility process is called into doubt. It raises the issue of whether private actors, such as merchants, can be trusted to deal with crimes like theft, fraud, intimidation, and damage. An individual’s private and public realms are blurred as a result of this.