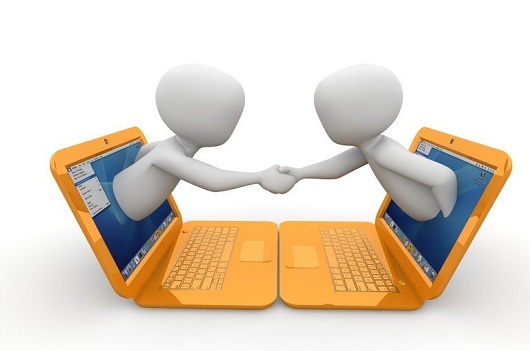 This article titled “Types of Contracts” deals withe classification of contracts on the basis of its enforcement, mode of creation and extent of its execution.

Section 2(e) of the Indian Contract Act, 1872 defines an agreement as “every promise and every set of promises forming consideration for each other”.[1]An agreement which is enforceable by law is called a contract. The conditions of enforceability are provided in Section 10 of the Act.

According to this section, an agreement is a contract when it is made for some consideration, between parties who are competent, with their free consent and for a lawful object. There are many types of Contracts on a different basis.

On the basis of its enforcement, mode of creation and extent of its execution, contracts may be classified into different types:-

I. Types of Contracts on the basis of its enforcement

An agreement enforceable by the law is a contract (Section 2(h)). To be enforceable it has to satisfy the requirements under Section 10 of the Indian Contract, 1872. They are:

As mentioned above, free consent which is defined in Section 14 of the Act is an essential element of a valid contract. Consent is free when it is not obtained by coercion[2], undue influence[3], fraud[4], misrepresentation[5] or mistake[6]. Where consent to an agreement is caused by coercion, undue influence, fraud or misrepresentation, the agreement is a contract voidable at the option of the party whose consent was so caused.

A void agreement is not enforceable at the option of either party. Section 2(g) of the Act explains the meaning of a void agreement.

No obligation or right arises from a void contract. They are not covered by the law. Such contracts cannot be made valid by the parties to the contract by giving their consent.

Sections 24-30 of the Act deals with void agreements. The following types of Agreements are declared to be void:

Section 24 comes into play when a part of the consideration for an object or more than one objects of an agreement is unlawful. The whole of the agreement would be void unless the unlawful portion can be severed without damaging the lawful portion.

Every agreement in restraint of marriage of any person, other than minor is void. It is immaterial whether the restraint is general or partial.[8]

Every agreement by which anyone is restrained from exercising a lawful profession, trade or business of any kind, is to that extent void.[9] There is no distinction between total restraint and partial restraint of trade.

Section 28 of the Act renders two kinds of agreement void. They are:

It is one which is good in substance, but because of some technical defect, one or both parties cannot be sued on it. These defect may be the absence of writing, registration, time-barred by the law of limitation, etc.

Section 23 of the Act describes some condition’s when an agreement may be unlawful or illegal. A distinction has to be made between void contracts and illegal contacts. Agreements whose object or consideration is forbidden by law are called illegal contracts. In the case of void agreements, the law may merely say that if it is made, the courts will not enforce it.

Thus all illegal agreements or contracts are void, but all void agreements are not illegal. In the case of both illegal and void contracts, the similarity is that in either case, the primary agreement is unenforceable. Nothing can be recovered under either kind of agreement and if something has been paid, it cannot be recovered back. Thus a guilty party has no right of action on an illegal contract.[10]

II. Types of Contracts on the basis of mode of creation

Depending on the way in which a contract is created, Types of Contracts may be classified into three. They are:

The first part of Section 9 of the Indian Contract deals with promises which are expressly made. Contracts arising from expressly made promises are called express contracts.

According to Section 9 “insofar as the proposal or acceptance of any promise is made in words, the promise is said to be express”. Thus contracts entered into between the parties by words, spoken or written, are known as express contracts.

The second part of Section 9 of the Act deals with implied contracts. It says “insofar as such proposal or acceptance is made otherwise than in words, the promise is said to be implied.” Thus contracts entered into between parties by virtue of their conduct are called implied contracts.

The terms of the agreement are not expressed in written or oral form but are inferred from their conduct.

A contract which does not arise by virtue of any agreement between the parties, but due to certain special circumstances, the law recognizes it as a contract. Such contracts come into existence because of interference from courts in the interest of justice.

There are many several situations in which law, as well as justice, require that a certain person is required to conform to an obligation, although he has neither broken any contract nor committed any tort. The principle is that there should not be “unjust enrichment” i.e., enrichment of one at the cost of another.[11]

The Indian Contract Act does not define the term Quasi-contract. It does not mean that the principle behind the same hasn’t been recognized. Chapter V of the Act deals with such situations under the heading of “Of Certain Relations Resembling Those Created by Contract”.

They are constructive contracts imposed by law. This contract creates a right in personam which means that the right is available against a particular person not against the entire world. They are based on the principles of equity, good conscience and justice.

III.Types of Contracts on the basis of the extent of execution

When both the parties have completely performed their respective obligations under the contract, it is said to be executed contract. It means that whatever was the object of the contract has been carried out. In most executed contracts the promises are made and then immediately completed.

The buying of goods and/or services usually falls under this category. There is no confusion about the date of execution of the contract since in most cases it is instantaneous.

For example – Delivery and payment are to be made after 15 days. The contract is executory. Another good example of an executory contract is that of a lease.

They are one-sided contracts. A unilateral promise is a promise from one side only and intended to induce some action by the other party. The promisee is not bound to act, for he gives no promise from his side. But if he carries out the act desired by the promisor, he can hold the promisor to his promise.

A bilateral contract is a legally binding contract formed by the exchange of reciprocal promises. Here both parties are outstanding at the time of formation of the contract. In such a case, each party is a promisor and promise. They are also known as reciprocal contracts because mutuality of obligation is essential for their enforceability.

In the case of bilateral contracts, an offer made is accepted in the form of a counter-promise. They are very common in everyday life.