Unchanged, Unrepentant – The charm which Mr. Ram Jethmalani is!

Ram Jethmalani was an Indian lawyer and politician. He served as India’s Union minister of law and justice, as chairman of the Indian Bar Council, and as the president of the Supreme Court Bar Association. He was noted in the Indian legal fraternity for his forte in criminal law and high-profile civil cases. Ram Jethmalani’s tryst with criminal… Read More » 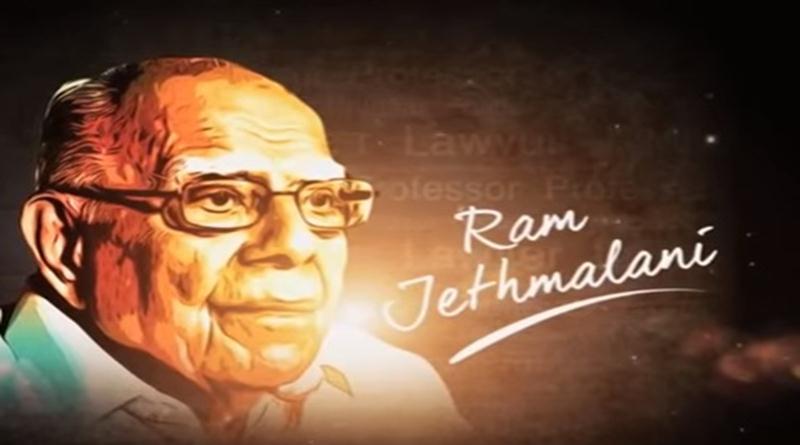 Ram Jethmalani was an Indian lawyer and politician. He served as India’s Union minister of law and justice, as chairman of the Indian Bar Council, and as the president of the Supreme Court Bar Association. He was noted in the Indian legal fraternity for his forte in criminal law and high-profile civil cases. Ram Jethmalani’s tryst with criminal law started at the age of 17 and he practised it for nearly 80 years, with his dying words being “I wish good for the country”. This article is a brief account of the author’s visit to his residence.

“I will forever remember this day when I shook hands with Mr. Jethmalani”. It was a bright morning when I walked into the residence of Mr. Jethmalani at Akbar Road, New Delhi. It all felt surreal, uncanny and glorious at the same time. We all will agree with Mark Twain when he says “Age is an issue of mind over matter, if you don’t mind it doesn’t matter”. The above proverb best personifies Mr. Jethmalani who has been an active citizen even during his late times. But my question is – why not? Why should “Age” be the bar for labelling someone as obsolete or determining his proficiency? Mr. Jethmalani has proved this beyond a shadow of a doubt.

At the entrance of his house is a secretariat followed by a small office of Mr. Jethmalani. The office is decorated in a simple fashion. A drawing of the Supreme Court and a small charkha at the bookshelf added beauty to this office. The veteran lawyer welcomed us with a big smile on his face. What amused me was his love and affection for academics and students.

Mr. Jethmalani with a wit quick for his 93 years, is one of the wealthiest practising lawyers in the nation. While Jethmalani’s client list reads like India’s who’s who and he is the arguably the only advocate recognised by every Indian, this fame comes at a price. Former high court judge RS Sodhi recalls,

“When I asked him to fight Indira Gandhi’s alleged assassin Balbir Singh’s case, he was a BJP member. He gave up his membership, but not the case.” (Source:- HT)

He has been widely criticized for his selection of cases but he insists they approach him and he’s constrained by law to take briefs.

“It’s a basic principle of law that everyone, no matter who deserves a defence.”

Some of his famous Defence Cases are:-

Although Mr Jethmalani is 93 years old, he is still one of the best lawyers the country has witnessed. He’s an asset to the country and a rebel. His words on democracy always shake me up to follow him – “Democracy without education is hypocrisy without limitation”. I signed off my first visit with Mr Ram Jethmalani with a precious autograph of the LIVING LEGEND.