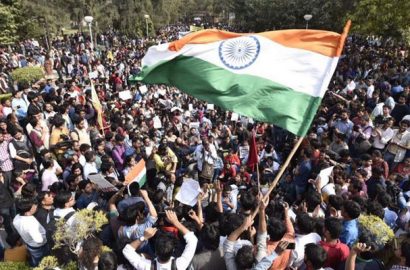 Peace and more importantly, the faith that peace shall prevail is critical for the existence of civilized society. Disturbed conditions or uncertainty about future conditions jeopardize the progress of society. At a mundane level, public disorder – or even apprehensions regarding disturbed conditions – hamper economic progress, reduce productivity, discourage commerce and ruin the investment climate.

The Indian State has equipped itself with a Constitutional design, a legal framework and the wherewithal for this purpose. Nonetheless, public order is frequently seriously threatened for many reasons, which suggests that the legislative architecture and the systems and processes for the management of public order need re-examination. The emerging patterns of threats only provide a keener edge to this need.[1]

Article 19(1)(b) of the Indian Constitution confers onto the citizens the right to assemble. However, there is always a possibility that an assembly might turn unruly, causing damage not only to property but also to life. Such an assembly is termed as “unlawful assembly.”

Maintenance of Public order and tranquillity is incorporated in Chapter X of The Code of Criminal Procedure, 1973 and my topic concentrates on the subchapter of it – Unlawful assemblies.

The object of criminalization of unlawful assembly is to discourage tumultuous assemblage of persons to preserve the public peace.

Section 141 of the Indian Penal Code

(Second) — To resist the execution of any law, or of any legal process; or

(Third) — To commit any mischief or criminal trespass, or other offenses; or

Section 142 of the Indian Penal Code

Section 143 of the Indian Penal Code

Punishment — whoever is a member of an unlawful assembly, shall be punished with imprisonment of either description for a term which may extend to six months, or with fine, or with both.[4]

Section 143 prescribes the punishment for any such member of the unlawful assembly for a period which may extend to 6 months or fine or both.

The maintenance of Public Order and to ensure tranquillity in the public discourse is the primary objective of any government. For a country to grow, develop and reach new heights of good governance, it is of utmost importance that its government should be able to give its citizens a peaceful and egalitarian environment. In a situation of failure to provide the above, the consequences can be dire and unpleasant.

When the administrative machinery of a country will be unable to maintain the public order in its civil society then it society may eventually be subjected to a situation of chaos and panic and ultimately would be detrimental for the functioning of the administrative machinery in the state as well as will pose a threat to the lives of the citizens who want to live peacefully.

In order to maintain the public order and tranquillity among the people of the society, the lawmakers of our country have taken commendable steps. The legal provisions pertaining to public order and tranquillity have been primarily enshrined in the Code of Criminal Procedure, 1973. Though, various laws in regards to this matter have been also formulated subsequently.

Section 129 – Dispersal of assembly by use of civil force

Section 129 gives power to any executive magistrate or office in charge of station if absent any police officer not below the rank of sub-inspector to command disperse of any unlawful assembly and such command to be obeyed by the members of such of unlawful assembly and in case of disobeyed and if necessary can take an action by confining or arresting such persons.

Section 130 – Use of armed forces to disperse assembly

When the public security is manifestly endangered by any such assembly and no Executive Magistrate can be communicated with, any commissioned or gazette officer of the armed forces may disperse such assembly with the help of the armed forces under his command, and may arrest and confine any persons forming part of it, in order to disperse such assembly or that they may be punished according to law, but if, while he is acting under this section, it becomes practicable for him to communicate with an Executive Magistrate, he shall do so, and shall thenceforward obey the instructions of the Magistrate, as to whether he shall or shall not continue such action.[7]

This section specifically gives powers to the commissioned or gazette officer of armed forces if they are unable to communicate to the magistrate then under his command to arrest or confine any such member of unlawful assembly and in the cases of doing such act while it becomes possible to communicate an executive magistrate, `he shall do so and act according the instructions of the magistrate whether to continue such action or not.

Section 132 – Protection against prosecution for acts done under preceding sections

(1) No prosecution against any person for any act purporting to be done under section 129, section 130 or section 131 shall be instituted in any Criminal Court except-

(a) with the sanction of the Central Government where such person is an officer or member of the armed forces;

(b) with the sanction of the State Government in any other case.

(2) (a) No Executive Magistrate or police officer acting under any of the said sections in good faith;

(b) no person doing any act in good faith in compliance with a requisition under section 129 or section 130;

(c) no officer of the armed forces acting under section 131 in good faith;

(d) no member of the armed forces doing any act in obedience to any order which he was bound to obey; shall be deemed to have thereby committed an offense.

(3) In this section and in the preceding sections of this Chapter,-

(a) the expression” armed forces” means the military, naval and air forces, operating as land forces and includes any other Armed Forces of the Union so operating;

Section 132 gives ‘de jure’ immunity to such acts of the Executive Magistrates, Police officers, Officers of the armed forces and any such members acting under their order, from prosecution; Provided that the acts are done in good faith.

To get the benefit of section 132 Cr.P.C. the officer has to show that,

Bonafide acts of Executive Magistrate, Police Officers, Officers and other members of the armed forces, and persons acting in compliance with a requisition made under section 129 or 130 Cr.P.C are outside the category of offense. The sanction for prosecution when necessary must precede the complaint, and the proceedings on complaint so instituted without prior sanction would be void.[10]

Officers who do not have the benefit of powers to disperse an assembly under section 129 Cr.P.C. can, however, take action by virtue of the right of private defense given by sections 100 and 103 of Indian Penal Code.

There is, however, a clear distinction here in that such officers can use force to the extent of causing death to save life and property of others and the police party, but not to disperse a mob. They can take action against the assailant or assailants but cannot claim any immunity if they have used force to disperse a mob. Section 197 Cr.P.C gives protection to public servants for acts done under the lawful discharge of their duty. The right of private defense, however, should be exercised with utmost caution.

And further the sections 134, 135, 136, 137, 138, 139, 140, 141, 142, 143, 144, 144A, 145, 146, 147 and 148 deal with provisions such as Conditional order for removal of Nuisance, Service or notification of Order, Person to whom order is addressed to obey or show cause, Consequences of his failing to do so, Procedure where existence of public right is denied, Procedure where he appears to show cause, Power of Magistrate to direct local investigation and examination of an expert, Power of Magistrate to furnish written instructions, etc., Procedure on order being made absolute and consequences of disobedience, Injunction Pending Inquiry, Magistrate may prohibit repetition or continuance of public nuisance, Power to issue order in urgent cases of nuisance or apprehended danger, Power to prohibit carrying arms in procession or mass drill or mass training with arms, Procedure where dispute concerning land or water is likely to cause breach of peace, Power to attach subject of dispute and to appoint receiver, Dispute concerning right of use of land or water and Local Inquiry respectively.

POWERS OF POLICE IN MAINTENANCE OF PUBLIC ORDER

USE OF FORCE TO DISPERSE UNLAWFUL ASSEMBLIES

The use of force to disperse an unlawful assembly would be dictated by the circumstances existing and can range from a simple arrest to the use of firearms. Force, however, should be used with the limited objective of restoring order, preventing crime and arresting offenders.

Though the quantum of force to be used in the dispersal of unlawful assemblies has not been defined in any law, the practice and rules that have evolved have followed the following principles:

These sections empower police a magistrate with powers to that they can maintain public peace and tranquillity. It is realized that the activities of political extremists and other deviant groups pose a serious threat to the peace and harmony of the society and, at times, may assume such a pernicious character that dealing with them through coercive instrumentalities might be considered well within legitimate exercise of Executive power. However, it must be remembered that the use of coercion against the civilian population is fraught with, at least, two kinds of risks.

First, there is a danger of excessive exercise of coercive power resulting in the invasion of the individual’s vital interests. Second, the widespread use of force by the Executive transposes the very character of the society and impairs the overall climate essential for the growth of the cherished social values.

Therefore, in order to maintain a proper balance between individual liberty and social security and to assure that in the name of social security the Executive does not transgress the desirable coercive action levels, it would be wise to view every instance of exercise of coercive power, particularly the ones where individual life is involved, with gravest social concern,[14]and subject them to severest social scrutiny.[15]

Finally, our society is today faced with the problems of growing dissidence, political and otherwise, which compels the Government to often force its views on matters of greater concern.

However, while pushing their views forcefully as legislators, executive and judiciary it is necessary to remember, particularly in dealing with political extremists, what Edmund Leach says: “The problem of how to make a legal system embrace those who do not accept the values which that legal system presupposes are very real …. However incomprehensible the acts of the terrorists may seem to be, our Judges, our policemen, and our politicians must never be allowed to forget that terrorism is an activity of fellow human beings and not of dog-headed cannibals.”[16]

[14] Justice S.H Seth’s following very relevant observation deserves consideration: “In a human society governed by a democratic Constitution and rule of law, as we are governed, the action of the state or the Government is always controlled by law in absence of which it is likely to assume at times the despicable dimension of ferocity. Therefore, the right to life and personal liberty has been the greatest prize which the people of India, by accepting, enacting and giving unto them the Constitution, have conferred upon the citizens. It has been conferred by the Constitution which is founded upon the will of the people and the Rule of Law. Therefore, any threat which the Executive issues to the life of a citizen without the authority of law must be viewed very seriously,” in Jayantilal v. Eric Renison, 1975 Cr LJ 661 at p. 668.

[15] The National Police Commission in its First Report (1979) has recommended mandatory judicial inquiries in cases of serious misconduct by police which would mainly cover instances, where death or grievous hurt is caused in police custody or death, is caused by police firing in the dispersal of unlawful assembly. See pp. 61, 62.