Anti-Defection: The Law, The Debate, The Criticism, The Suggestions

Anti-Defection: The Law, The Debate, The Criticism, The Suggestions | Overview Role of the Speaker The Constitution (Ninety First Amendment) Act, 2003 Major Supreme Court Judgements on Anti Defection Law Critical Analysis Criticism of the Act Suggestions The most deplorable form of political corruption is Defection. This form of corruption attaches a price tag on legislators for their… Read More » 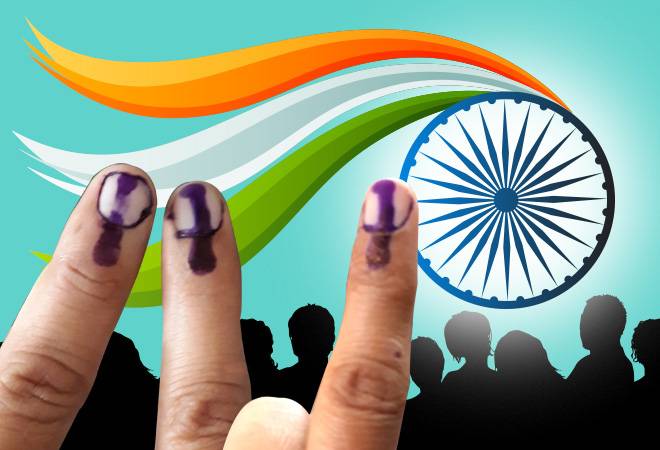 Anti-Defection: The Law, The Debate, The Criticism, The Suggestions | Overview Role of the Speaker The Constitution (Ninety First Amendment) Act, 2003 Major Supreme Court Judgements on Anti Defection Law Critical Analysis Criticism of the Act Suggestions The most deplorable form of political corruption is Defection. This form of corruption attaches a price tag on legislators for their change in party membership. This price tag is attached and negotiated with the aim to grab power,...

Anti-Defection: The Law, The Debate, The Criticism, The Suggestions | Overview

The most deplorable form of political corruption is Defection. This form of corruption attaches a price tag on legislators for their change in party membership. This price tag is attached and negotiated with the aim to grab power, topple governments, and mostly subvert the electoral mandate. The need to have an anti-defection law was expressed as long back as 1969, by a committee led by the then Home Minister, Y.B Chavan.[1]

It is unfortunate that nascent democracies have to deal with this problem and our legislators have consistently made an effort to provide for sufficient checks and balances to ensure stable governments to the citizens of this country. The journey of the law against defection took a tangible turn with the Fifty-Second Constitutional Amendment Act and then the Ninety First Constitutional Amendment Act. The High Courts and Supreme Court have also played an indispensable role in filling the lacuna and tying strings to make this legislation that is enshrined in the Xth Schedule anything but a toothless tiger.

This article discusses the content of the Anti Defection law as is in the Xth Schedule, its peculiar features at the time of passing, the role of the Speaker, the two instrumental amendments (52nd and 91st) to the Constitution, the criticism to the law, suggestions and two interesting points to ponder regarding the debate with respect to intellectual growth v. the sanctity of an electoral mandate, and the present ways and means through which defection is still carving its ill effects and destabilising governments.

With the 52nd Amendment to the Constitution, Schedule X was added and it contained the law of anti-defection.

An elected member would lose his/her seat when:[2]

There were exceptions to the Anti Defection law as well. This implied that even though a shift in party membership may happen with respect to an elected member, in certain situations, such elected member shall not lose his/her seat because of it. These situations included the following:[3]

The Passage of the Bill was characterised by certain unique features :[4]

ROLE OF THE SPEAKER

Whether a member is subjected to disqualification because of defection, is to be decided by the Speaker of the House. It is appalling yet true that changes in the government have seen changes in the appointment of the Speaker as well, pointing towards a disturbing partisan trend.[5]

This trend depended upon whether the defectors were changing towards the Speaker’s party or not. It is also observed that due to the Speaker’s loyalty towards the ruling party because it is on their support that he/she has been appointed as Speaker, it would be unrealistic for him/her to work without party considerations.

In this regard, a suggestion was put forth by the National Commission to Review the workings of the Constitution stating that the power to disqualify members on the determination of defection should be taken away from the Speaker and vested in an independent institution like the Election Commission.[6] Such an institution could be trusted to not be motivated by political incentives or reinforcements and would have no considerations to cater to being an autonomous body.

This Constitutional Amendment Act came in 2003 and brought two major changes to the anti-defection law of the land. First, it limited the number of Ministers that could exist in a Cabinet by putting the upper limit of 15% of the total members of the House. This move ensures that cabinet portfolios are not created and sold at whimsical terms, thus encouraging corruption and defection.[7]

It was this judgement that held the X Schedule to be constitutionally valid and not in violation of the right to freedom of speech and expression or democratic rights of members of the State Legislatures. It also ruled that there exists finality with respect to the decision of the Speaker/Chairman of the House but that the same was subject to judicial review. The High Court and Supreme Court mustn’t delve into any matter before the stage of the passing of a decision by the Speaker/Chairman.[9]

In this case, the issue that arose was whether a member elected to the House or Legislative Assembly who is expelled from his/her party can be considered to have defected if he/she joins another political party upon expulsion.

The Court decided that such an individual would be considered to have ‘voluntarily given up his/her membership to the old party’. This is so because even though such a person is an unattached member of the House after expulsion from his/her political party, in the eyes of the X Schedule, he/she is a member of his/her old political party only.[10]

This judgement was based on separate petitions filed by individuals who were disqualified by the Speaker of the Karnataka Legislative Assembly on the grounds of defection. It was held that the Speaker’s decision with respect to disqualification of members could be judicially reviewed on only four grounds as the Speaker was a Constitutional functionary and is thus presumed to have functioned with the highest standards of constitutionalism. These grounds were mala fide, perversity, violation of the constitutional mandate, and order passed in violation of natural justice.

On the issue of whether disqualification proceedings would cease to continue if resignations were tendered, the Court ruled that disqualification relates back to the date when the action of defection took place and this fact will not vanish because resignation is tendered to the Speaker.[11]

The result of defection is often the power grab and subversion of the electoral mandate. However, this greed to destabilize your political opponent is so intense in our yet to mature democracy that other ways and means have been developed to do the same. With Jyotiraditya Scindia resigning from Congress and joining BJP while being elected via a Congress ticket and being a part of the running government, there is a need to acknowledge that defections to destabilise the government are taking place still, except, now they happen in form of mass resignations like the 22 MLAs that resigned from Congress along with Scindia.[12]

A government formed by a thin majority would automatically lose support and the legislature would dissolve, forcing the ruling party to fight another election to get a fresh mandate. Not only is this harmful as voting is still considered a chore for the Indian masses that have a low voter turnout, but it also unfairly puts the party of the people’s choice at a very disadvantaged position with lesser means to campaign and convince another time. It also keeps the state from functioning under the leadership of a government consisting of the people’s representatives for the long period that exists until the electoral mandate is finalised again.

Another interesting debate under this subject is intellectual growth v. the sanctity of an electoral mandate. The faction that did not support an anti-defection law argued that legislators must not be forced into straight-jacketed boxes and there has to be an acknowledgement of the occurrence of an intellectual metamorphosis resulting in a change in party affiliation.

Political parties are made up of people and ideologies and both these elements are bound to change and grow. Therefore, care should be taken to ensure that political parties are not hindered from growing organically and transforming into what may be exactly something which the nation requires in their elected representatives. Democracy functions on the freedom of thought and expression. Individual liberty is the core of our democratic values and only in a conducive environment where the freedom to experiment with your thought and expression is granted, can the best possible growth occur.[13]

CRITICISM OF THE ACT

[1] Ministry of Home Affairs, Report of Committee on Defections under the Chairmanship of Shri Y. B. Chavan (1969)

[6] Report of the National Commission to Review the working of the Constitution, Para 4.18.2

[12] Dhananjay Mahapatra, “Does the Anti Defection law need an overhaul?”, THE TIMES OF INDIA, https://timesofindia.indiatimes.com/india/does-anti-defection-law-need-an-overhaul/articleshow/74643907.cms