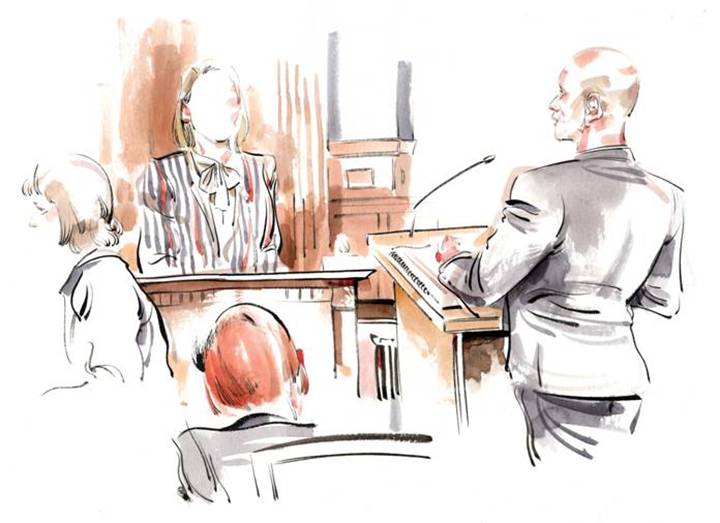 The most famous figurehead in India was a lawyer. We know him as Mahatma Gandhi. He was an example to the world of a success story based on management of social injustice, inhumanity, cruelty, and imprisonment of the citizen in their own homeland. He never discussed the law. Yet his discipline and training were located in this profound infrastructure to exhibit leadership in a national crisis, and to deliver.

Lawyers, at least the best ones, exhibit similar controls and qualities that support aggrieved clients impartially and deliver Justice.

Many roadblocks of their past lives clear over the course of a petition on record. A great lawyer conveys a sense of respectability, of sound guidance, of unemotional deliverance. The Judicial machinery contains a wisdom and strength beyond ordinary experience of the Complainant. In fact, a law is a very great statute. And the petitioner must prepare to aspire to the very high ideal and standard, as though before God, to succeed.

The mess around India, the treachery, corruption, bribery, threat and deceit is a very familiar environment.

To some extent the controls are remote. To some extent, they have become sophisticated over the years. For instance, bribery has given way to a forced support located in secret networks. Eat in a restaurant listed for privileges to boost your income. Provide jobs to a few privileged interns to ensure sales in your office. Hospitals, golf clubs, trade zones, salons, markets, realty, hotels and most industries are based on this system. Lawyers sometimes also are.

Tricks to the trade continue with dual reporting.

Following physically or through satellite, quality assurance, documentation, listings, network support, family, social, and indirect observation are methods of internal security for the nation and for the community. There are checkpoints. Many agencies.The point here is that the Complainant must succeed in person. The risk is high, and mischief is beyond control.

Everyone visiting courts for justice is a Complainant in person.

The aggrieved must develop a strategy for success. Secure channels to courts may be located in lawyers listed by the government as DLSA, lawyers that give support through late payment from respondents, police filed complaints for criminal procedure applications. Social support through internet-based lawyers offering free support, international based lawyers with networks to update information and system awareness in managing the judicial process are also useful.  The first meeting requires the role of the lawyer as a confidant. As the process balances and the team forms, the follow up becomes comforting. Mediation, arbitration, conflict resolution, policing, women’s support or related support may be arranged at the same time. A difficult case requires a paid counsel which can be arranged through a trusted agency.

Under the circumstances of pressure noted recently in the Judiciary to adapt to internally managed politics, it is advisable for the Complainant in person to have back up of legal opinion. Quality checks and discussions of case files, court procedures, potential trouble from respondents and timing of case progression, with all variables, should be discussed. The Complainant in person should observe developments around the lawyer and court which seems to suggest the case may be lost. Concealment of facts, lack of evidence, false statements, weak attitude or commitment, weak support, create grounds for lawyers to back off. The lawyer becomes a victim in his field when noted supporting a bad case and loses his professional customer base. Lawyers have team support and arrangements to remain afloat. It is advised never to criticize a lawyer, Find strategies to blend in the obstinate legal system. The lawyer, if pleased, can support the complainant indirectly through effective background counseling.

The Complainant in person also, may not follow threat until the petition is filed. Respondents may react in anger, personally, arrange terror and subterfuge. Respondents are not the nature of the Judiciary in most cases. They are not statutes, balanced, impartial, non-violent, impersonal, or with handling care. They may react dangerously. The average Indian man, cannot be refused a love message and not react fatally for the girl of his choice who has rejected him. Imagine then, the reaction of an Indian facing penance through a national court.

The Complainant in person must seek security, and observe violence, even if disguised or remote in control when filing a petition.  Violence may be noted on the staff, premises, car, business or social identity of the Complainant.  The Judiciary has arranged its own internal security through police, CCTV, radio communications or IOT devices, however, has not managed security for petitioners. On the contrary, petitioners are investigated intensively during the case. Courts are not mindful of time and progression. The Complainant in person must remain vigilant and aspire to the standard of the statute of the Court and presiding Judge.

Courts are based on prayer and a higher god.

It is the lesson for us to learn in the judicial environment that there is higher presiding intelligence which informs and sustains the court and those remaining in it. Justice is to be prayed for. The Complainant is to be heard when pleading for his cause to be managed. The petition is the plea of the Complainant’s dilemma.

As spoken by Mahatma Gandhi –

“Strength does not come from physical capacity.

It comes from an indomitable will.

In a gentle way, you can shake the world.”