Legal Bites interviewed Anand Vardhan, AIR 7, UPSC Civil Services Examination, 2016. It was an honour for us to meet this gentleman and listen to him.

Legal Bites: Congratulations on your amazing result! UPSC is one of the most challenging nuts to crack. It requires constant dedication and non-stop hard work. How did you keep yourself motivated throughout the process?

Anand Vardhan: First of all, there were two pillars to my preparation: Firstly, my decision was a very considered one; after giving it a lot of thought and the clarity of purpose was well-established in my head. Secondly, my results were getting better each time even after failing a number of attempts. So, that kept me motivated because each time I was arriving at a step further than the previous attempt. It has been an incremental and a progressive ride for me, which always kept me going.

Legal Bites: Being an engineering student yourself, what hit you to choose this out of the box idea to pursue a career through UPSC?

Anand Vardhan: To think of it, it might have been one of those days in my final years when I first thought about it and that is one of the times when people make decisions about pursuing higher studies and doing a masters after engineering. And looking at the options that I had, I thought that Civil Services suits my inclinations, primarily, because I believed in the concept of giving it back to the society and also for the widening of my knowledge base.

I have been connected with the society a lot and I have always wanted to do something for them.

Legal Bites: To whom and to what extent do you credit your success?

Anand Vardhan: Umm, it is a combination of a lot of factors. A man is the product of his circumstances. But ultimately, yes, my parents, friends with whom I prepared for these exams. All of their support was important. Especially for exams like the UPSC, one needs good company and good people around you when preparing for these exams. So that helps you. And also the contributions of my guides, faculty’s, teachers, and schools have been of great importance for the success of this.

Legal Bites: There are many students who aspire to be a Civil Servant through UPSC, and on the basis of the level of difficulty they narrow their aspirations down to being a Judicial Servant through the Judiciary Examinations and even narrower to the Staff Selection Commission (SSC). What do you have to say for them?

Anand Vardhan: The only reason why they are shifting from one field to another is because there is not a considered decision. When I thought of doing UPSC, I was very clear in my head that I did not want to see myself doing any other job. So once you have framed your mind in that direction then there is no other option left for you to choose. And as far as the level of difficulty is concerned then I  would say yes, it is one of the toughest exams to crack because the syllabus is very large and the interviews are tricky, but a large number of people clear it every year too.

Ultimately, one has to get their strategy right and with all the hard work that comes along with it, everything falls in track. Patience is also very important as is clarity of thought.

Legal Bites: It is a well-established fact that aspirants from Bihar have always shown a successful result in cracking the UPSC exams. Did hailing from Bihar also give you an added confidence?

Anand Vardhan: Haha. Yes I think the craze for these exams in Bihar and UP is a bit more than other parts of the country, primarily because private sector is not so giving and therefore people in these states seek government jobs to a large extent. Again, since I have not stayed in Bihar per se but I have been connected to that place so probably yes, that influences my motivation too. And ultimately people who hail from Bihar and UP want to serve the country and make things better.

Legal Bites: What are your views on current security issues prevailing in our country, both internally and externally?

Anand Vardhan: I think security is a matter of great concern to our country. Back in 2005 Naxals were the greatest internal security challenge to our country as the Prime Minister Mr. Manmohan Singh had put it. But now things have changed. Everything is interconnected to each other. Threats in the Middle East also have networks and relations to India. Indians have been found to have links with the ISIS too for example. Terrorism is on the rise and India needs to improve the architecture of its security systems, especially the cyber security architecture. The command and control structure at the governmental level also needs a reform. Definitely we need some changes in the policies of our defense and security systems and such changes will happen in the long run. 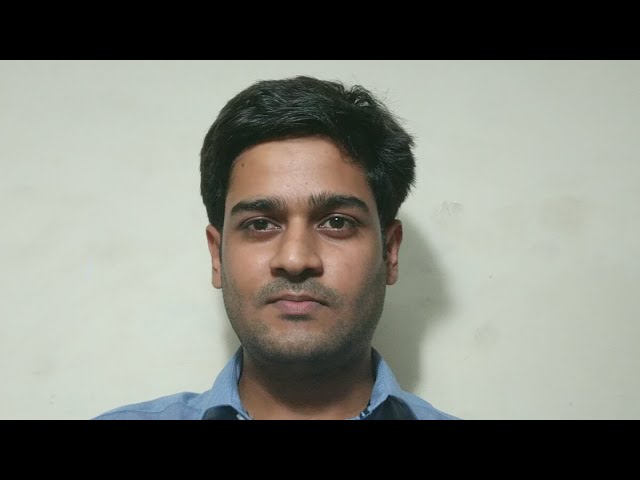 Legal Bites: Regarding the Chicken Neck Corridor around Siliguri and Darjeeling, the Government has been lacking to take a robust stand there. Surrounded by Bangladesh and Nepal on either side, the area is very prone to illegal crossings by Bangladeshi rebels and Nepali Maoists. What in your opinion should be the stand of the Government in regard to this?

Anand Vardhan: First of all these are very complex issues with a lot of stakeholders involved and these definitely are very sensitive issues in which the government has to respond. But I think India has always been clear about its territories and its borders and whatever is its legitimate part in say Arunachal or J&K, India has always fought to defend its territories.

I think that the government should also spell out this policy rather clearly and as far as the territorial war with China is concerned, both countries are rational actors and none of us want that. I think ultimately that situation too will ground itself and a very sensible conclusion will be laid out.

Legal Bites: Reorganization of States: Bihar wants Mithila, UP has proposed 4 new states, Gujarat wants a new Kutch State and Saurashtra, Kukiland, Gorkhaland, Bodoland and many more on the list of proposed states and territories of India. What is your stand on this?

Anand Vardhan: I think there are a number of pros and cons but my stand is that united states are better than divided ones because with the new government machinery everything is somewhat coming in track and with formation of new states a turmoil of a sort will be experienced with appointment of new government officers and re-elections and changes in government expenditures would increase drastically.

States like Jharkhand and Chhattisgarh have still not been catered to much and in my opinion we should focus on the development of states that are already existing than in making new states and ensuring that the grievances of these states are taken care of more importantly.

Legal Bites: What is your advice to Civil Services aspirants of this country?

Anand Vardhan: Well, my advice to the Civil Services aspirants of this country is the same. First of all keep dreaming. Keep working towards making these dreams come true. Life is all about making your dreams come true. Keep working hard. Trust your method of study, because everyone who clears these exams has their own method of study and preparations.

Take all the guidance that you can but ultimately use what you deem best. Don’t over stress yourself. Stay positive and believe in yourselves.

Legal Bites: Thank You so much sir.