Introduction The phrase “human rights” may be used in an abstract and philosophical sense, either as denoting a special category of the moral claim that all humans may invoke or, more pragmatically, as the manifestation of these claims in positive law, for example, as constitutional guarantees to hold Governments accountable under national legal processes. While the first understanding… Read More » 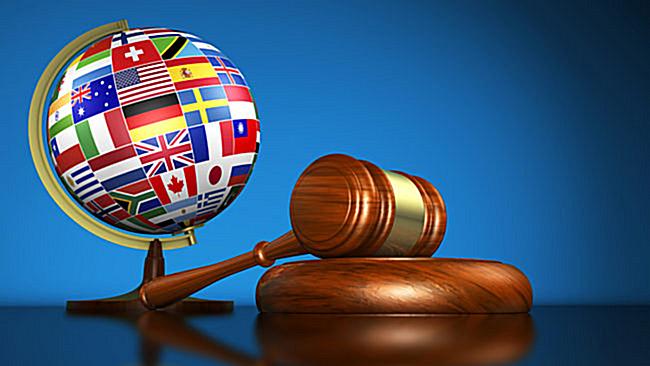 Introduction The phrase “human rights” may be used in an abstract and philosophical sense, either as denoting a special category of the moral claim that all humans may invoke or, more pragmatically, as the manifestation of these claims in positive law, for example, as constitutional guarantees to hold Governments accountable under national legal processes. While the first understanding of the phrase may be referred to as “human rights”, the second is described herein...

The phrase “human rights” may be used in an abstract and philosophical sense, either as denoting a special category of the moral claim that all humans may invoke or, more pragmatically, as the manifestation of these claims in positive law, for example, as constitutional guarantees to hold Governments accountable under national legal processes. While the first understanding of the phrase may be referred to as “human rights”, the second is described herein as “human rights law” and, International Law on Human Rights is what it amounts to when dealing at international level.

All societies have grappled with human rights issues. Philosophers of every race and creed have for centuries been concerned with the nature of humanity, interpersonal relationships, and the position of individuals as members of groups. The concept of human rights did not originate from any particular part of the world. Arguably, all peoples of the world do not assent to the same basic values and beliefs, but what is certain is that every society has been concerned with the notion of social justice, the relationship between the individual and his/her political authorities.

While the origin of “human rights” lies in the nature and inception of the human being itself, as articulated in all the world’s major religions and moral philosophy, “human rights law” though is a more recent phenomenon that is closely associated with the rise of the liberal democratic State. Whereas the International Human Rights Law came into practice and prominence more lately.

Though historically limited solely to relations between States, international law has over the years been warming up to human rights. It has of course taken years for the International Law to change course and begin to entertain human rights but it is changing. The outbreak of the Second World War and the atrocities that took place during the war was the main motive for the change of attitude. The United Nations Declaration of Human Rights is the first authoritative international footprint on the path towards the collective affirmation by the international community for the supremacy of the human being over his man-made institutions.

The international human rights movement was strengthened when the United Nations General Assembly adopted the Universal Declaration of Human Rights (UDHR) on 10 December 1948. Drafted as ‘a common standard of achievement for all peoples and nations’, the Declaration for the first time in human history spell out basic civil, political, economic, social and cultural rights that all human beings should enjoy. It has over time been widely accepted as the fundamental norms of human rights that everyone should respect and protect. The UDHR, together with the International Covenant on Civil and Political Rights and its two Optional Protocols, and the International Covenant on Economic, Social and Cultural Rights, form the so-called International Bill of Human Rights.

The following are the basic characteristics of human rights :

The International Law on Human Rights is the tool to fulfill the acute need to maintain peace and justice for humankind which precipitated a search for ways of strengthening international cooperation, including cooperation aimed both at protecting the human person against the arbitrary exercise of State power and at improving standards of living.

and through these instruments the international law comes into action, mostly concerning the treatment of citizens and foreigners in a territory in various circumstances as of employment, residence, treatment in war and peace, implementation of the law and various other rights and, remedies in the case of violation or infringement.

Kashmir conflict is not only a border dispute between India and Pakistan, rather Kashmiris are the main party of the dispute. It is a reality, which is not hidden that Kashmiris have suffered more. The human rights violations in Kashmir is same, as it is in Palestine committed by Jews over innocent people of Palestine; but in the context of Kashmir, it is committed by Indian Forces and Indian Paramilitary Forces and Police backed by India willingly.

The Kashmir problem has affected Kashmiris on both sides of the Line of Actual Control. In fact, they have been suffered in the absolute sense of the term in the previous years (Bose, 2003:14-15). After the ongoing movement started in 1989, the Kashmiris have been killed, massacred, raped, tortured, dishonored, and humiliated.

According to local human rights organizations estimates, about 70,000 youths, mainly belonging to the age group of 15-25 years, have been killed by the security forces and militants; about 40,000 youths have been tortured in the interrogation centers and jailed; more than 20,000 are missing; equal number have become disabled due to injuries, torture, and psychological breakdowns; hundreds of young women have been raped by the Indian forces; elderly women have been molested repeatedly, and elder men have been dishonoured; the entire population have been humiliated through the practices of parades, crackdowns by the security forces.

(1) Persons taking no active part in the hostilities, including members of armed forces who have laid down their arms and those placed hors de combat by sickness, wounds, detention, or any other cause, shall in all circumstances be treated humanely, without any adverse distinction founded on race, colour, religion or faith, sex, birth or wealth, or any other similar criteria.

To this end, the following acts are and shall remain prohibited at any time and in any place whatsoever with respect to the above-mentioned persons:

(2) The wounded and sick shall be collected and cared for.

However, Common Article 3 in no way precludes the government of India from punishing persons for crimes under its domestic laws. Indeed, Human Rights Watch believes that it is the Indian government’s duty to do so. Thus, Kashmiri militants may be tried for murder, kidnapping or other crimes, so long as they are afforded the rights of due process.

Persons protected by Common Article 3 of the Geneva Conventions include all noncombatants, even if they have provided food, shelter or other partisan support to one side or the other, and members of the armed forces of either side who are in custody, are wounded or are otherwise hors de combat. If under these circumstances, such persons are summarily executed or die as a result of torture, their deaths are tantamount to murder.

The government of India is a party to the International Covenant on Civil and Political Rights (ICCPR). Article 6 of the ICCPR expressly prohibits derogation from the right to life. Thus, even during the time of emergency, “[n]o one shall be arbitrarily deprived of his life.”

The ICCPR also prohibits torture and other forms of cruel, inhuman and degrading treatment. Articles 4 and 7 of the ICCPR explicitly ban torture, even in times of national emergency or when the security of the state is threatened.

Torture, hostage-taking, and rape have all been prominent abuses in the Kashmir conflict, and it is evident that Common Article 3 forbids each of them. Rape also violates the ICCPR and Common Article 3 prohibitions on torture.