Introduction Just two days ago I got my first real internship offer letter and there were different terms and conditions of service which I need to follow during my course of the internship. As I gave the letter to my mother and sister to read the clauses, a very interesting fact which was unknown to me was bought… Read More » 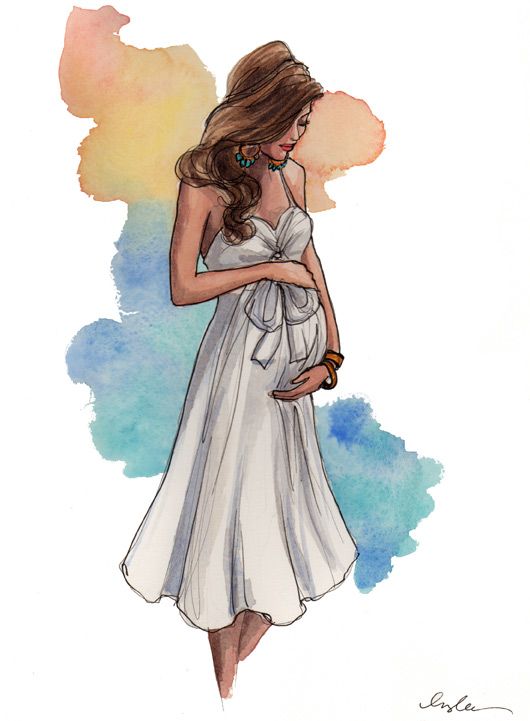 Just two days ago I got my first real internship offer letter and there were different terms and conditions of service which I need to follow during my course of the internship. As I gave the letter to my mother and sister to read the clauses, a very interesting fact which was unknown to me was bought up by my sister. She is a mass media student, and she had recently heard about NO-pregnancy clauses in film contracts.

Well I was not aware about it but to my surprise my mother knew about it and told it was a very common practice of putting no pregnancy clauses in Hollywood and it was first time used by Subhash Ghai in his contracts for the movie “Khalnayak” where Madhuri Dixit was made to sign the No pregnancy clause.

It simply prohibits pregnancy during the duration of service and in case of breach of the clause women can be dismissed or a case can be filed against her to obtain damages from her. Mostly in all the other employment other than Entertainment Industry women are dismissed and no case is filed to obtain damages as far as the entertainment industry is concerned suit can be filed to recover damages but till now not even a single case has come up.

NPC in film contracts forbids the actress from getting pregnant during the course of the principal shooting of the film. If in case actress violates this clause she may be removed from the film and will have to pay compensation in the form of damages.

A Copy of MTV’s Standard Real World Cast-Member Contract, 2011 had the following no pregnancy clause and more or less all the other film contracts if they have such clause makes the following similar stipulations.

You’re not pregnant and you won’t become pregnant before the show’s done the filming. If you do become pregnant, you’ll tell the Producer immediately–and pregnancy is grounds for dismissal. (38)

The reasons to justify such clauses by the production houses are given that it would be very difficult for the actresses to do complicated and stressful scenes or stunts. Moreover, the process of shooting is very exhaustive which actresses will not be able to tolerate during her pregnancy. Then the baby bump of the actress during her pregnancy is not at all in accordance with the script and the character they are portraying. And thirdly, the absence of an actress during the dates of acting causes expensive financial losses for the producers.

For example, during the making of the movie “Heroine” Aishwariya Rai did not communicate about her pregnancy as a result when this fact was discovered she was replaced by Kareena Kapoor and the producer suffered some losses.

Countries like China, Vietnam, Singapore have used this clause for a while and it is creeping into India’s entertainment Industry because of the fact that many foreign studios are also making films here.

Madhuri Dixit was the first actress who was hit by this clause but now there are many examples like Kareena Kapoor lost Ram Leela movie because she refused to sign NPC clause and she was replaced by Deepika Padukone.

Sadly, it is not confined to Bollywood. Even the advertising fraternity has started the No – pregnancy clauses stipulating in their contracts that their brand ambassadors i.e. film actresses and supermodels, cannot get pregnant during their contract period. For example, Lara Dutta was replaced by advertisers of a cereal brand of which she was a brand endorser.

It is soon assumed that such clauses are going to become criteria and pattern of the entertainment industry in India.

And even if NPC clause is declared void by the courts still it might happen that the actress’s concern might not get addressed. For instance, if the shooting of the film has not started it might happen that the actress might get recast if not dismissed. Also, it might be the case that if the contract is time bound the contract may expire till the time actress comes back after her pregnancy duration.

Due to the absence of anti-pregnancy discrimination laws in India, it more or less becomes difficult for the women to deal with such discrimination.

Under the Indian Contract Act, all the agreements and clauses which are opposed to public policy is void. Section – 10 of Indian Contract Act, 1872 state that, “All agreements are contracts if they are made by the free consent of parties competent to contract, for a lawful consideration and with a lawful object, and are not hereby expressly declared to be void.” And also, Section -23 of Indian Contract act, 1872 states that ‘an agreement of which the object or consideration is unlawful is void’. And NPC is opposed to public policy as you cannot forbid a woman to get pregnant it is her fundamental right as held by the court in Olga Tellis v. Bombay Municipal Corporation, [1985] 2 Supp SCR 511.

Maternity Benefit Act, 1961 governs the maternity benefits to women working in factory, plantation, mines etc. The Act provides for a paid leave to an employee from whom she demands maternity leave, for not less than 80 days in the 12 months immediately preceding the date of her expected delivery, for a maximum period of 12 weeks. If 80 days of service are not completed, then the Act provides for leave without pay, with a right to return to employment post- delivery. Section – 12, of the act, states that dismissal of women is when she is on leave is illegal. Section – 27 provides that any agreement of service inconsistent with the Maternity Act including an agreement which provides for the termination of the woman on her becoming pregnant, which is nothing but NPC clause would be overridden by the Act.

Also, In Rupa S. v. Special Commissioner of Projects, 2015 SCC Online Kar 65522 It was held that woman is not necessary on the part of the woman to reveal about pregnancy.

And production houses are not covered under establishments but it might be contended that they might be covered under the definition of Shops. It may be defined as a place where systematic economic or commercial activity is carried on with regard to the sale or purchase of goods or service. It can be contended if a production house facilitates the sale or purchase of goods or services, in as much as it creates and produces a film which is used in the sale of the movie tickets at the theatre.

And also, the Equal Remuneration Act, 1976 provides that there shall be no discrimination between men and women at the time of recruitment.

Article 14 i.e. Right to equality, Article 15 and prohibition of discrimination on grounds of sex. And article 21 i.e. Right to life and personal liberty clearly makes No pregnancy clauses as illegal and unconstitutional.

Applicability of Article 14 can be tested by referring to the judgment of Supreme Court in EP Royappa v. State of Tamil Nadu (1974) 4 SCC 3.3

SC held that termination of employment on the basis of pregnancy amounts to arbitrariness and it not valid.

Also, In Inspector Mahila Ravina v. Union of India4 – CRPF denied promotion to inspector because she was unable to attend a pre-promotional course because of her pregnancy court held that this was a violation of fundamental rights guaranteed under article 21 of the constitution of India.

Pregnancy and Motherhood are the most magnificent and life reshaping adventure that any woman can experience it is really disgraceful to turn this beautiful event of a mother to the downfall in her career and to use it to her disadvantage.

As it was rightly quoted that “being a mother makes you realize you can do anything” and discriminating a mother you will be denying her of her fundamental rights. Its high time for the legislature to legislate proper law in this matter and to the employers to understand the need to stop this sex-based discrimination.