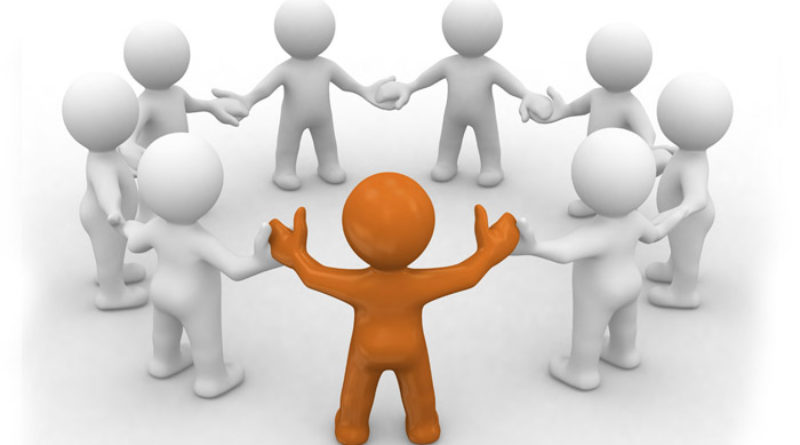 Section 34 is an instance of constructive criminality, i.e. liability of all for the acts of one or some of them. Sections 149, 349 and 460 of IPC also deal with constructive criminality. The essence of liability under section 34, is the conscious meeting of the minds of persons participating in the criminal action to bring about a particular result. The question of whether there was any common intention or not depends upon inference to be drawn from proved facts and circumstances of...

The question of whether there was any common intention or not depends upon inference to be drawn from proved facts and circumstances of each case. The totality of circumstances must be taken into consideration in arriving at conclusion whether the accused had a common intention to commit an offence with which they could be convicted, Sudip Kumar Sen v. State of W.B., (2016) 3 SCC 26.

Section 34 of The Indian Penal Code – Acts done by several persons in furtherance of common intention.

When a criminal act is done by several persons, in furtherance of the common intention of all, each of such persons is liable for that act in the same manner as if it were done by him alone.

Ingredients of this section

The expression ‘common intention’ means unity of purpose or a pre-arranged plan; it has been given various meanings which are as follows-

– Common intention implies a pre-arranged plan, prior meeting of minds, prior consultation between all the persons constituting the group [Mahboob Shah v. Emperor, AIR 1945 PC 118].

– Where there is no indication of premeditation or of a pre-arranged plan, the mere fact that the two accused were seen at the spot or that the two accused fired as a result of which one person died and two others received simple injuries could not be held sufficient to infer common intention [Ref. Ramachander v. State of Rajasthan, 1970 Cr.L.J. 653].

However, the common intention may develop on the spot as between a number of persons and this has to be inferred from the act and conduct of the accused, and facts and circumstances of the case [Kripal Singh v. State of U.P., AIR 1954 SC 706].

The essence of Section 34 is the simultaneous consensus of the minds of persons participating in the criminal action to bring about a particular result. Such consensus can be developed at the spot and thereby intended by all of them, Surendra Chauhan v. State of M.P., (2000) 4 SCC 110

The Supreme Court has held that it is the essence of the section that the person must be physically present at the actual commission of the crime. He need not be present in the actual room; he can for instance, stand guard by a gate outside ready to warn his companions about any approach of danger or wait in a car on a nearby road ready to facilitate their escape, but he must be physically present at the scene of the occurrence and must actually participate in the commission of the offence some way or other at the time crime is actually being committed.

The first leading case on the point is Barendra Kumar Ghosh vs King Emperor, AIR 1925 PC 1 (also known as Shankari Tola Post Office Murder Case). In this case several persons appeared before the sub-postmaster who was counting the money on the table and demanded the money. In the meantime, they opened fire killed the sub-postmaster and ran away without taking any money. Barendra Kumar was, however, caught with a pistol in his hand and was handed over to the police.

The accused was tried under sections 302/34 as according to the prosecution he was one of the three men who fired at the sub-postmaster. The accused denied his charge on the ground that he was simply standing outside and had not fired at the deceased. The trial court, on being satisfied that the sub-postmaster was killed in furtherance of the common intention of all, convicted the accused even if he had not fired the fatal shot.

The High Court of Calcutta and the Privy Council both agreed with the findings of the trial court and held the accused guilty of murder. Giving his judgment LORD SUMNER quoting a line from Milton’s famous poem, “ON HIS BLINDNESS” said. “even if the appellant did nothing as he stood outside the door, it is to be remembered that in crimes as in other things they also serve who only stand and wait….. Section 34 deals with doing of a separate act, similar or diverse by several persons; if all are done in furtherance of a common intention, each person is liable for the result of them all as if he had done them himself”.

Desai vs The State of Bombay, AIR 1960 SC 889, the Supreme Court would appear to have modified the principle hitherto enunciated. Shah, J. observes, “A common intention – a meeting of minds to commit the crime invites the application of section 34. Bu this participation need not in all cases be by physical presence.”

Common intention—Inference of.— Where participation of the accused in the crime is proved but a common intention is absent Section 34 cannot be invoked. It has to be inferred from the facts and circumstances of each case, Jai Bhagwan v. State of Haryana, (1999) 3 SCC 102

The Indian Penal Code does not punish mere assembly of persons. However, where persons assemble in such a way as to cause terror in the minds of the people and endanger public peace, the assembly is termed as unlawful assembly.

An assembly of five or more persons is designated an “unlawful assembly”, if the common object of the persons composing that assembly is—

Second.— To resist the execution of any law, or of any legal process; or

Third.— To commit any mischief or criminal trespass, or other offence; or

Explanation. — An assembly which was not unlawful when it assembled, may subsequently become an unlawful assembly.

Section 142 of The Indian Penal Code – Being member of unlawful assembly.

Section 149 of The Indian Penal Code – Every member of unlawful assembly guilty of offence committed in prosecution of common object.

Ingredients for applicability of S. 149

In absence of evidence of any conspiracy or common object being established, the accused are liable for their individual acts only. Moreover, mere presence does not make a person member of unlawful assembly unless he actively participates in rioting or does some overt act with necessary criminal intention or shares common object of unlawful assembly, Vijay Pandurang Thakre v. State of Maharashtra, (2017) 4 SCC 377.

The essential ingredients of Section 149 are:

Difference between section 34 and Section 149

Section 120-A of The Indian Penal Code – Definition of criminal conspiracy.

When two or more persons agree to do, or cause to be done,—

(2) an act which is not illegal by illegal means, such an agreement is designated a criminal conspiracy:

Provided that no agreement except an agreement to commit an offence shall amount to a criminal conspiracy unless some act besides the agreement is done by one or more parties to such agreement in pursuance thereof.

Explanation.— It is immaterial whether the illegal act is the ultimate object of such agreement, or is merely incidental to that object.

To prove the charge of criminal conspiracy the prosecution is required to establish that two or more persons had agreed to do or caused to be done, an illegal act or an act which is not legal, by illegal means. It is immaterial whether the illegal act is the ultimate object of such crime or is merely incidental to that object, Saju v. State of Kerala, (2001) 1 SCC 378

Section 120-B of The Indian Penal Code – Punishment of criminal conspiracy.

(1) Whoever is a party to a criminal conspiracy to commit an offence punishable with death, imprisonment for life or rigorous imprisonment for a term of two years or upwards, shall, where no express provision is made in this Code for the punishment of such a conspiracy, be punished in the same manner as if he had abetted such offence.

To bring home the charge of conspiracy within the ambit of Section 120-B IPC, it is necessary to establish that there was an agreement between the parties for doing an unlawful act. It is no doubt true that it is difficult to establish conspiracy by direct evidence and, therefore, from the established facts an inference could be drawn but there must be some material from which it would be reasonable to establish a connection between the alleged conspiracy and the act done pursuant to the said conspiracy, Vijayan v. State of Kerala, (1999) 3 SCC 54.

Comparison between Section 34, Section 120 and Section 149

Under section 34 a common intention and a criminal act done in furtherance of such common intention creates joint liability; under section 149 five or more members of unlawful assembly must have some object in common and some act in furtherance of that common object must be done to create joint liability; under section 120-A and B mere agreement to commit an illegal act between two and more persons creates an offence by itself.