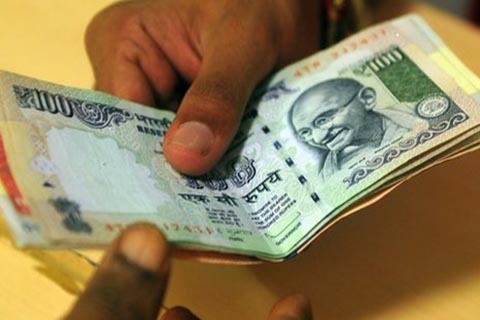 The constitutional validity of Section 3 was challenged in Bijoy Cotton Mills v. State
of Ajmer,(2) The Supreme Court held that the restrictions imposed upon the freedom of contract by the fixation of minimum rate of wages, though they interfere to some extent with freedom of trade or business guaranteed under Article 19(1)(g) of the Constitution, are not unreasonable and being imposed and in the interest of general public and with a view to carrying out one of the Directive Principles of the State Policy as embodied in Article 43 of the Constitution, are protected by the terms of Clause (6) of Article 9.

Notwithstanding the provisions of Section 3(1)(a), the “appropriate Government” may not fix minimum rates of wages in respect of any scheduled employment in which less than 1000 employees in the whole State are engaged. But when it comes to its knowledge after a finding that this number has increased to 1,000 or more in such employment, it shall fix minimum wage rate.

According to Section 3(1)(b), the Government may review at such intervals as it may think fit, such intervals not exceeding five years, and revise the minimum rate of wages, if necessary. This means that minimum wages can be revised earlier than five years also.

MANNER OF FIXATION/REVISION OF MINIMUM WAGES

According to Section 3(2), the Government may fix minimum rate of wages for:

Further, minimum rates of wages may be fixed by any one or more of the following wage periods, namely:

The appropriate Government may appoint as many committees and subcommittees as it considers necessary to hold inquiries and advise it in respect of such fixation or revision as the case may be. After considering the advice of the committee or committees, the appropriate Government shall, by notification in the Official Gazette fix or revise the minimum rates of wages. The wage rates shall come into force from such date as may be specified in the notification. If no date is specified, wage rates shall come into force on the expiry of three months from the date of the issue of the notification.
Note: It was held in Edward Mills Co. v. State of Ajmer (3) that Committee appointed under Section 5 is only an advisory body and that Government is not bound to accept its recommendations.
As regards composition of the Committee, Section 9 of the Act lays down that it shall consist of persons to be nominated by the appropriate Government representing employers and employee in the scheduled employment, who shall be equal in number and independent persons not exceeding 1/3rd of its total number of members.
One of such independent persons shall be appointed as the Chairman of the Committee by the appropriate Government.

When fixing minimum wages under Section 5(1)(b), the appropriate Government shall by notification, in the Official Gazette publish its proposals for the information of persons likely to be affected thereby and specify a date not less than 2 months from the date of notification, on which the proposals will be taken into consideration.
The representations received will be considered by the appropriate Government. It will also consult the Advisory Board constituted under Section 7 and thereafter fix or revise the minimum rates of wages by notification in the
Official Gazette. The new wage rates shall come into force from such date as may be specified in the notification.

However, if no date is specified, the notification shall come into force on expiry of three months from the date of its issue. Minimum wage rates can be revised with retrospective effect.