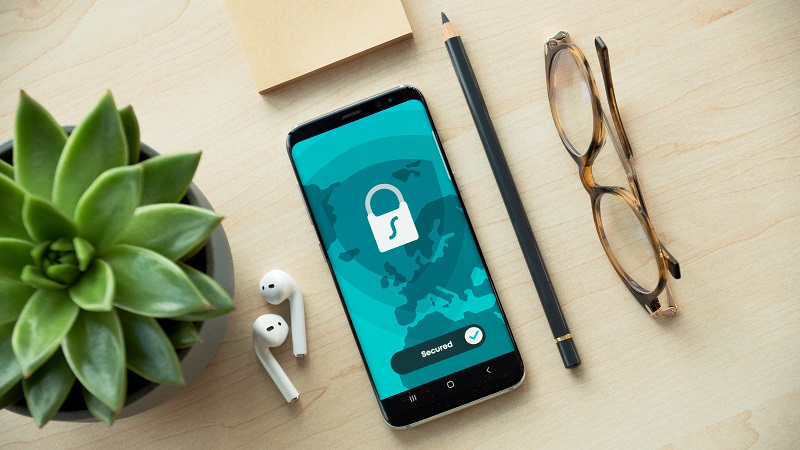 The debate on the “Right to Privacy” is old as mankind. It evolved from being the protection of one’s home and body to one’s personal information. It, in recent times, has become a quintessential issue. It is said that an individual’s privacy is the person’s inherent human right bestowed by nature and still its existence as a fundamental right under the Indian Constitution was dubious. Unlike India, the United States has imbibed the legal concept of the right to privacy under both the law of torts and its Constitution[1].

In India, the issue gained significance only after the Aadhaar scheme, which allowed the government to collect and compile the biometric and demographic data of its citizens, was challenged and the government submitted before the Apex Court that there exists no right to privacy as a fundamental right under the constitution. This had an impact on India not just as a democracy but also on its constituents.

Worldwide, the political will has been to ensure the efficient and effective use of digital technology to fight a battle against terrorism and criminality without any consideration to the protection of privacy of individuals.[2] This article aims at re-evaluating the need for protection of privacy vis-à-vis the effective use of technology because when privacy is at stake so, is the democracy.

The “Right to Privacy” as per the American jurisprudence can be described as a right to be let alone. The term privacy is very subjective and its definition cannot be limited but at a broader level, it can be defined in terms of self-determination. It is the claim of an individual(s), a group(s) or an institution(s) to identify as to what, when and how much of their information can be collected, stored, and/or can be communicated to a third party.[3]

In accordance with the Indian jurisprudence, the earliest traces of right to privacy were seen in the late 1800s when the privacy of a pardanashin woman was upheld by the local British court with respect to her having fearless access to her balcony from her neighbour’s gaze. Since then, jurisprudence has evolved until it was settled by the Apex Court when it held that the right to privacy is a part of Article 21 of the Constitution and an integral part of “personal liberty”.

Before this, the argument of the existence of the right to privacy as a fundamental right was outrightly dismissed by the judges and the government on the premise that it is not explicitly provided for, by the makers of the Constitution under Part III unlike the Fourth Amendment in the Constitution of the United States. [4]

This led to a huge controversy and the Aadhaar scheme was challenged. A consequential challenge led to the question of “whether the right to privacy is a fundamental right?” This question was initially answered by the Apex Court in the year 1954 wherein the existence of this right as a fundamental right was disclaimed.

The Apex Court has been struggling with the question of the existence of the right to privacy keeping in mind the evolving societal and technological dynamics. Four years after the Indian Constitution came into effect; the Court was presented with the question of privacy in the case of MP Sharma v. Satish Chandra[5] in 1954 wherein the court held that the practice of search and seizure is not in violation of one’s privacy and that the drafters of the constitution did not intend to make privacy as a fundamental right and if that wasn’t the case then it should have been explicitly provided for like the other fundamental rights under Part III nor does it contain any language similar to the Fourth Amendment of the U.S. Constitution.

However, the court clarified that this case has not made any decision on whether the right to privacy is protected within the ambit of right to life and personal liberty provided for under Article 21 of the Constitution.

Thereafter, in 1962 in the case of Kharak Singh v. State of Uttar Pradesh[6] the court examined the power of police surveillance and held that right to privacy is not guaranteed under the Indian Constitution. In the same judgment, Justice Subba Rao gave his dissenting view and observed that “It is true our Constitution does not expressly declare a right to privacy as a fundamental right, but the said right is an essential ingredient of personal liberty (recognized in Article 21 of the constitution).”[7]

In furtherance of this, the court in case the of RM Malkani v. State of Maharashtra[8], that is eleven years after the Kharak Singh case held that phone tapping of a guilty person does not violate his privacy and by using the word guilty they negated the cardinal principle of criminal law which states that an accused person is deemed innocent until proven guilty. While the states have continuously and actively negated the right to privacy, it seldom remained a question mark for our courts.

Later in 1975, also referred to as the watershed year for the right to privacy, the court while hearing the case of Govind v. State of Madhya Pradesh[9] borrowed the test of compelling state interest from the American jurisprudence and examined certain police regulations as being in violation of the fundamental right to privacy. The court held that when weighed on scales, the right to privacy would have to be given away for a larger state/public interest.

Also, in 1997 in the case of PUCL v. Union of India[10] the Apex Court unequivocally held that every individual has a privacy interest in telephone communications and that tapping of telephone is an invasion of one’s privacy. Therefore, phone tapping was held to be in violation of Article 21 unless it is permitted by a due procedure established by law.

Further, in the case of Mr. X v. Hospital Z[11] the court examined the ambit of blood donor’s right to privacy with respect to his medical records. Herein, the concerned hospital had disclosed the fact of the donor being HIV positive without taking his due permission. The court held that even though medical records are considered to be private, hospitals can in exceptional cases reveal the reports if the non-disclosure could endanger the life of another citizen, in this case, his wife.

Furthermore, in R. Rajagopal v. State of Tamil Nadu[12] the Apex Court attempted to yet again strike a balance between the right to privacy vis-à-vis the right to freedom of speech. Here, the autobiography of a death row convict – Auto Shankar disclosed nexus between police officers and criminals which was restrained by the state. The court looked at the right to privacy as under Article 21 however, it excluded matters of public record.

Finally, in Naz Foundation v. Union of India[13]the Delhi High Court decriminalized sexual intercourse between two consenting adults in private and thereby read down section 377 of the Indian Penal Code, 1860. In accordance with the NALSA[14] case, the sexual orientation of an individual is covered within the ambit of the right to privacy and so are their sexual relationships.

It was also referred to it as an elitist concept, too amorphous for a precise definition and therefore should not be elevated to the stature of being a fundamental right.

The concerns with respect to the right to privacy centered on the Aadhaar scheme proposed by the government, whereby all residents in India will get a unique identity after the government collects there biometric data like the iris scan and the fingerprints in addition to the demographic details. It was made mandatory in both public and private sectors as a proof of identity and this was challenged on the ground that it violates the privacy of an individual. The technological advancement in the country is not such that they can protect the data so collected from unintended third parties and hackers, leading to its misuse and that is a cause of threat for the person whose data is so robbed.

The Apex Court through its interim order limited the use of Aadhaar card only for the purposes of the public distribution system and the LPG subsidy. The matter stayed and the issue with regard to the right to privacy was referred to a larger bench and the Court in case of Justice K.S. Puttaswamy (Retd) v. Union of India[15] resounded the victory for privacy.

The judgment will be seen as a watershed mark in the constitutional history of our country. While pronouncing the judgment, the bench stressed on the point that constitutional provisions are to be read and interpreted in a manner that they harmoniously enhance their conformity with the international human rights instruments ratified by India. The privacy of an individual is intrinsic to human liberty and dignity and is a fundamental, inalienable right for mankind.

The judgment had its impact on the decision of various other cases, for instance, in the Triple Talaq case[16], constitutionality of the Aadhaar scheme, the Navtej Singh Johar case on Section 377 of the Indian Penal Code, 1860[17], the Joseph Shine case on adultery[18] etc. It also calls for the creation of a data protection regime by the government to ensure that the privacy of an individual is intact.

The judgment has an impact not just on the case laws to be decided in the future but also on the existing statutory law and the bills in the pipeline. The need of the hour, as also observed by Justice Chandrachud, is a robust regime to strike a balance between legitimate concerns of the state and the individual interests without compromising with anyone of them.

He also recognized that the formulation of the regime is a complex exercise and is easier said than done but it has to be undertaken by the state for the welfare of its citizenry. What is requisite is the vigilant balancing of privacy coupled with other constitutional values which the data protection subserves taking into account the legitimate state concerns. However, the bench refrained from issuing guidelines on the aforementioned issue and confined the judgment to the extent of the constitutionality of the right to privacy and its existence as a fundamental right.

History suggests that there is a very strong relationship between the right to privacy of an individual and the development of technology. The concept of privacy has emerged and evolved worldwide and the Indian judiciary has also tried to interpret the meaning and ambit of the right to privacy. It is now regarded as a quintessential aspect of an individual and an inalienable part of the right to life and personal liberty as enshrined under Article 21 of the Constitution. With the passage of time, the domain of privacy owing to technological advancements has enlarged to incorporate an individual’s personal sensitive data[19] like the biometrics or the medical records or the telephonic records, etc.

For now, the right to privacy has been unequivocally articulated as a fundamental right by the Apex Court, and this long driven victory calls for a celebration. This judgment will have a huge impact on the legal landscape and especially the constitutional landscape in the years to come. It will largely affect the interplay between privacy vis-à-vis free speech; privacy vis-à-vis transparency; state surveillance, data collection and compilation, and data security among others.

[1] The Fourth Amendment prohibits unreasonable searches and seizures; the First and Fifth include privacy protections in that they focus not on what the government may do but rather on the individual’s freedom to be autonomous.

[2] Harisson, A.: The Problem of Privacy in the Computer Age, an annotated bibliography. The Rand Corporation, Santa Monica (1967)