The article traces the evolutionary history of surrogacy related legislation in the Indian context. It also narrates the legal situations existing in the rest of the world so that the reader could situate India within the existing global scenario regarding surrogacy regulations. The article mainly focuses on the state of legislative regulations as they exist in the present… Read More » 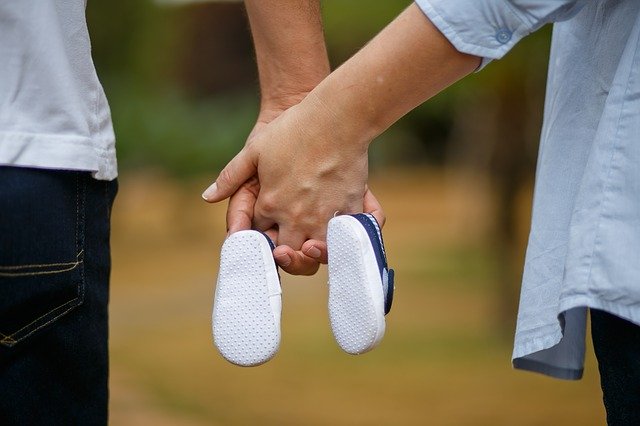 The article traces the evolutionary history of surrogacy related legislation in the Indian context. It also narrates the legal situations existing in the rest of the world so that the reader could situate India within the existing global scenario regarding surrogacy regulations. The article mainly focuses on the state of legislative regulations as they exist in the present circumstances.

Surrogacy thus is an intrinsically humanitarian act which primarily enables those couples who won’t otherwise be able to bear a child in a natural way. Hence, it is a gesture that has to be appreciated and promoted.

However, the practice can lead to an array of several practical and personal complexities principally concerning the aspects of motherhood, thereby necessitating legal supervision for its smooth ND dispute free conduct.

Several Nations of the world have recognized this requirement for regulation of this sector and had responded with appropriate legislation and some have not. Before moving straight to the Indian scenario, we can have a look at where Other countries of the world stand in this case.

The 1985 Surrogacy amendment Act made commercial surrogacy unlawful. Therefore, the parents are allowed only to participate in altruistic surrogacy and can consult any non-profit organization for the process.

In Israel, the process is held strictly under state control which requires every contract to be approved by the government. In March 1996, the Israel government legalized ‘Gestational surrogacy ‘.It is thus mandated that the surrogate mother should be divorced, widowed or single. Similarly, surrogacy as an option exists only for infertile heterosexual couples.

Pakistan does not allow any forms of surrogacy procedure.

Thailand had had a long history of unregulated surrogacy issues leading up to abuse and exploration. Following popular agitation, the government banned commercial surrogacy. This effectively resulted in culling the practice of foreign couples engaging a Thai surrogate mother for money which the country was infamous for.

The commissioning parents must enter into an agreement which must then be validated by the High Court, and then only shall the procedure be conducted

India has emerged as the preferred destination for surrogacy owing to relatively lower costs, which is nicknamed as the ‘fertility tourism’. This ultimately underlines the inevitability for legislating the regulations. However, the topic has been attracting both negative and positive attraction of late.

Although generally, couples everywhere will naturally enquire about the possibility of conducting the procedure in their home country, either due to the exorbitant costs or unavailability of surrogates or the restrictive legal environment will have to eventually relocate. Thus, sometimes they turn to India.

It is true that the Indian clinics gain an edge over others in the international competition as they are becoming more adapted and updated to the emerging technology and facilities provided at a third of the price of that existing in developed nations, greater retention rates of able females who are willing to be surrogates. It is herein that the element of exploitation and the prospects of abuse hides in and makes the need for proper legislation becomes inevitable.

The Indian Government has been proactive in the setting–up to several regulatory procedures nerevetheless, but there was a significant absence of governing legislation to control and regulate Surrogacy until 2016. However commercial surrogacy was legalized in India by 2002.

This led to the mushrooming of the surrogacy firms which act as agencies assisting the foreign couple to navigate through the procedure along with both regulated and unregulated surrogacy clinics.

The practice eventually degenerated into a rent –like procedure degrading the dignity of female reproducing powers and other related issues questioning the basic aspects of humanitarian values and emotions.

The first comprehensive step to a legal regulation was initiated with the publication of the Indian Council of Medical Research in 2005 under the legislative supervision of Ministry of Health and Welfare.

Accordingly which mandated the surrogate mother to sign a contract before the commencement of the procedure. However, these guidelines were non-statutory in nature. Still, there remained a dearth of legislative regulations from the part of the government and hence was introduced the ‘ Assisted Reproductive Technology Regulation Bill’,2008.

The Bill envisaged surrogacy agreements to be treated on par with other legal contracts so that they become legally enforceable which effectively meant that the provisions of the ‘Indian Contract Act’ of 1872 became applicable to a surrogacy agreement.

The Bill in principle validated the possibility of commercial surrogacy by legalizing the provision of monetary compensation to the surrogate mother when she relinquishes her parental rights on the child. The Bill also determined the age limit of surrogate mothers be between 21-45 years. It also limited the number of times a woman can legally become a surrogate to 3 times.

The Bill invited immense public criticism once after it was posted in the Ministry’s website principal of which was that the only protection the bill extended was to the ART clinics while there was gross negligence with regard to the rights of the surrogate mother and the child. It was also alleged that the Bill extended undue support to the unacceptable commercialization of the process.

Taking note of the prevalence of surrogacy and the many concerns and controversies that emerged concerning the process the government appointed an expert committee to study and suggest the way forward. The committee submitted a copy of the 2008 bill and recommended for its revision to be presented in the parliament.

The revised bill was drafted by the Ministry of Health and Family Welfare. The bill, as was the case with its predecessor envisaged a National Framework for the regulation and supervision of Assisted Reproductive Technology. In addition, an array of changes were also introduced ;

The Bill was introduced in the year 2016, on the 21st of November, a month later it was referred to a standing committee. The Bill was passed on 19th December 2018.

The Bill for the first time invalidated commercial surrogacy in India while at the same time promoting altruistic surrogacy.

Besides, arrange of several safeguards were introduced aimed at the protection of surrogate mother and child. The bill has restricted the option of availing the ART technique only to infertile heterosexual couples who are married. It also provides for the registration of the surrogacy clinic and establishment of National and State Surrogacy board and Appropriate Authority. Important provisions of the bill include

The Act provides for the establishment of National and State Surrogacy Boards responsible for advising and assisting the government to formulate a code of conduct governing the functioning of the Surrogacy Clinic. The SSBs are also tasked with monitoring and supervising the proper implementation of the Act.

The 2016 bill though passed by the Lok Sabha, lapsed due to adjournment sine die of the parliament session. This led to the reintroduction of the same as The Surrogacy (Regulation ) Bill this year.

The Bill was introduced by the Minister of Health and Family Welfare, Dr.Harshawardhan in Lok Sabha on July 15, 2019. The provisions of the said bill are the same as the previous one. After being passed in the Lok Sabha it was introduced in the Rajya Sabha on 20th November. After the members seeking review of certain provisions, the bill was referred to a select committee.

At present India lacks comprehensive legislation exclusively dealing with surrogacy and related issues. Although there have been several attempts from the part of the government to solve this legal lacunae none proved fruitful.

Legislations so far made had been caught up in the parliamentary procedures and all of them stopped short of becoming a law leaving the 2005 ICMR guidelines as the sole regulatory measure governing the complicated issue of surrogacy in India.